Ditch downloading for a day and reconnect with a tactile kind of music. Record stores around town are stocking their crates for the yearly celebration of independent record stores.

Though you’ll find exclusive Record Store Day vinyl releases and discounts, the event is much more than the musical version of Boxing Day. It’s a day that heroes the traditional music outlets of town and celebrates the community spirit they bring to music.

To Renee Maxwell from Record Paradise, it’s like Christmas. “It’s like an open day. Bring your family and friends to explore the culture and be comfortable. It’s the one day to celebrate that we still exist, we came out the other side of this virtual music takeover, and to share our passion with a local audience.”

Whether you spend the day hopping from store to store or just visit one, here are our top picks.

Basement Discs
The team have joined in on every Record Store Day since it begun, and have a day filled with live music, a trivia quiz, prizes, give-aways, discounts and special Record Store Day releases which are either re-pressed or launched exclusively for the day.

RSD Ambassador Ella Hooper (previously of Killing Heidi) will hit the stage accompanied by drums and guitar at 11am as the Ella Hooper trio, followed by The Models, Raised By Eagles, Tracey McNeil & The Good Life, Russell Morris, Sean McMahon and The Moonmen, Alyce Platt and more.

RRR’s Neil Rogers will MC the event, and there’s a possibility of a cameo from Rockwiz’s Brian Nankervis.

Wax Museum
Here’s a record store which specialises in hip-hop and future beats, with a bit of house, techno and bass music too.

A limited-edition RSD single will be released by The Crib ft. Guilty Simpson, backed with Flex the Complex, from their forthcoming double LP Deep Above the Noise.

Heartland Records
Here you’ll find more than 1000 used and discounted records, including original pressings which have been saved for the special day as well as marked-down new stock.

The team will also be giving away a Reloop RP2000 turntable valued at $450 via raffle. To enter you simply need to make a purchase on the day, and the winner will be picked in the afternoon.

Northside Records
A mega-vinyl party over two stores, taking over the closed-down cafe Birdman Eating next door and transforming it into a pop-up garage sale full of second-hand vinyls and a strobe-lit dance floor.

Their Record Store Day releases include their own collaborative release with Votary Records of the Australian jazz classic Arena, originally released in 1975. There’ll be giveaways, prizes and discounts all day.

Polyester Records
A full bar will be open until 11pm providing beverages while you browse their LP and CD bargains, as well as special RSD titles.

There’ll be live performances from Summer Flake, Ela Stiles and Hierophants, as well as DJs Fee B-Squared, Total Giovanni, LISTEN and Stations of the Cross.

They’ve only “gone for the good records” according co-owner Nate Nott. With such a huge selection of exclusive records being released for the special day, they’re keeping it a more personal day. They “try to keep it within to the people who just enjoy having a chat about records and genuinely enjoy the community,” says Nott.

Plug Seven Records
For those who are spending the day store-hopping and will need snacks along the way, a visit to Fitzroy is definitely needed. An Asado grill BBQ provided by the head restorer of their neighbour Modern Times will be running in the garden out back from 12pm serving charcoal fired Asado beef and chimichurri, and there’ll be an in store performance by Melbourne electric band WVRBVBY from 2pm.

There’ll be at least 200 new international records on the shelves, as well as 7-inch soul, R&B, jazz, hip hop and reggae LPs.

Beer and wine will be available, and the turntable will be spinning all day.

Lost and Found Market
A day of vintage vinyl, hi-fi music equipment and limited RSD releases. There will also be a vintage t-shirt press with plenty of transfers to choose from to create your own graphic t-shirt.

Hank Ferguson of Hank’s Jalopy Demons and Dave Cantrell will perform as the duo Chopped Jalopies at 1pm and 2.30pm. The staff will be in prairie-western-outlaw attire, and the Smug Relish truck will provide coffee and food.

Record Paradise
The shop will be stocked with over 20 000 records and RSD releases. Live performances start at 4pm and run until 9pm, including RSD spokesperson Ella Hooper in her second show of the day, Jess Ribiero, Danny Walsh Band, Hi-Tec Emotion and General Men.

There’ll be a Lucky 7-inch Dip and an album cover design competition to get your creative juices flowing, with a $100 gift voucher as the prize.

Dixon Recycled Record
These guys have an incredible deal for you: 20 per cent off everything in store except for new vinyl. That includes, CDs, DVDs, records and more. You’ll need to set aside at least an hour to cover all the corners of this warehouse. Trades are also welcome, though might be difficult with the amount of people lining up on the day. For the staff, it’s all about the “tangible product”, they’re particularly excited about the pink 12 inch Madonna vinyl.

Greville Records
The day will feature a tribute to David Bowie from the Closet Straights and The Sugarcanes out front of the store, and other in store performances with Mick Harvey, Tim Rogers, Dan Kelly, Ash Naylor, Saint Jude, and more.

Music will start at 3pm and there’ll be discounts on posters, magazines and of course some unique record store day releases too.

Essendon Second-hand CDs, Records and Books
Local musicians will take the stage from midday, headlining is Aria Hall of Famer and ex-Dingoes guitarist Chris Stockley. The staff encourage local bands to come and play, and love to get the local kids involved in the day. The bar will be open all day with $5 beer, wine and cider to enjoy while browsing, and crates full of discounted goodies. 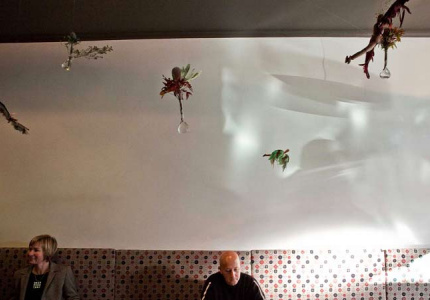