The makeshift lending libraries are taking locals back to afternoons browsing the video-rental store for that night’s at-home viewing. 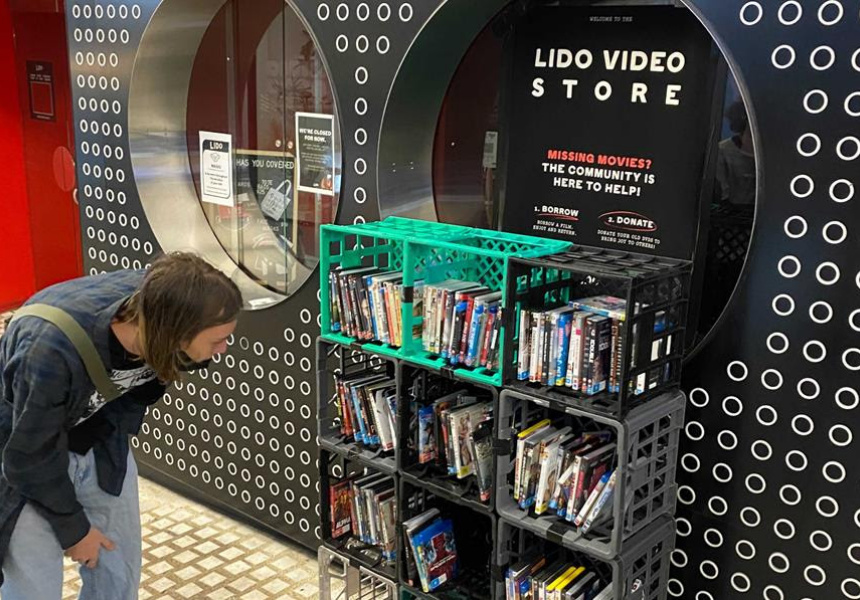 Hawthorn’s Lido and Elsternwick’s Classic cinemas are channelling nostalgia for the pre-Netflix era into “video stores”, which they’ve installed out the front of their doors while they’re closed for lockdown. Just like the old days, locals can head in and browse for DVDs and videos to take home and plug in (that is, if they still have a DVD or VCR player). Everything’s free to borrow, and punters are encouraged to donate any VHS tapes or DVDs they no longer want.

It comes after the same initiative at their sister cinema in Sydney, the Ritz, got off to a successful start. And it’s soon to be installed at Belgrave’s Cameo Cinemas, too.

“The idea behind it is that we can imagine there are lots of people out there who have old DVDs and VHS tapes they’re not using that they’d be happy to donate,” Jessa Shields, communications and special programming manager at Moving Story Entertainment, which owns the cinemas, tells Broadsheet. “And, to take a break from Netflix and the other streamers, perhaps people might be keen on the idea of browsing a DVD/VHS library and choosing a film for that night – the old-school way. There’s something really charming about browsing through a physical library of films, and really satisfying when you choose a good one to watch.”

Shields also reckons it’s a nice way for the cinemas to connect with the local community while they remain closed during the ongoing lockdown.

The “shops” sits out the front of the cinemas, in shelving units made from milk crates. Those within five kilometres can bring DVDs and VHS tapes they wish to donate, or borrow something to return later. (Unlike Blockbuster or Video Ezy, there are no “overnight” or “seven-day” rentals here; everything works on an honour system.)