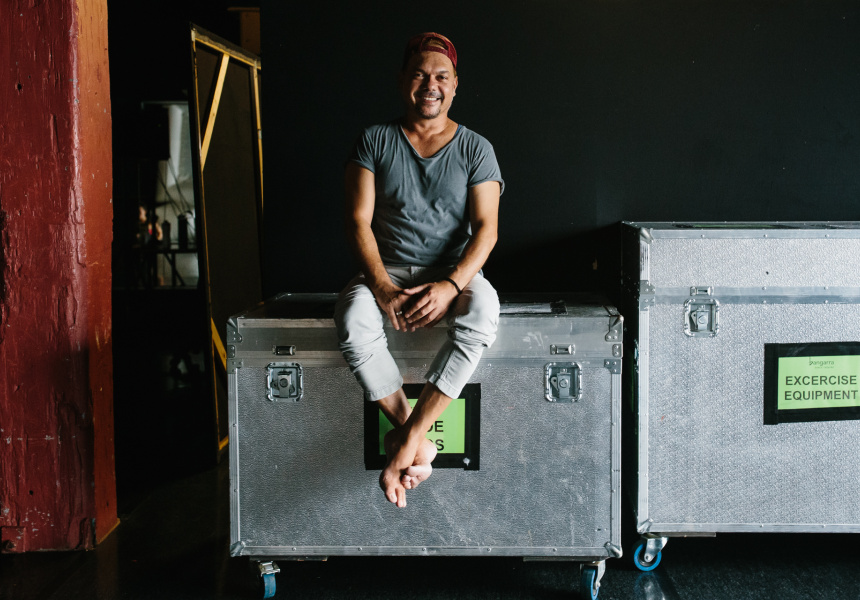 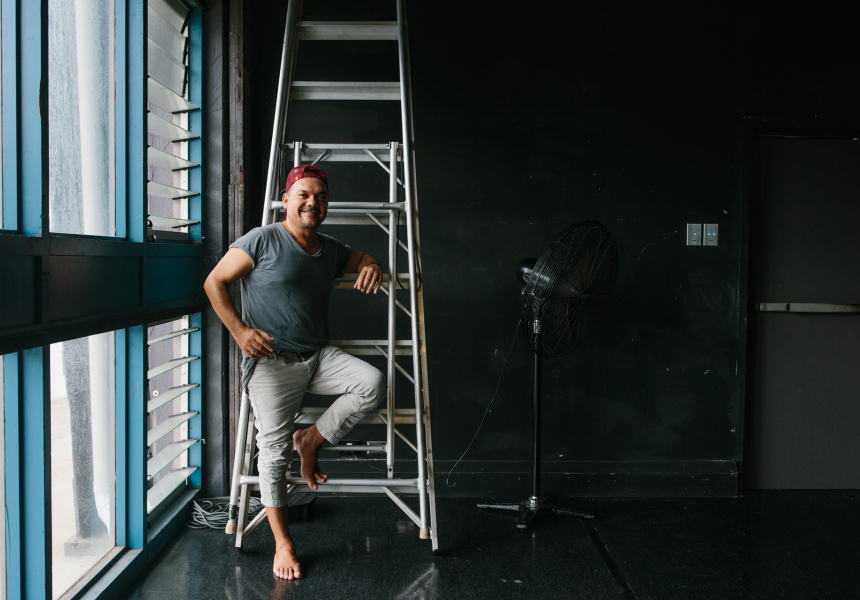 A quarter of a century has gone by since Stephen Page took the reins at Australia’s only national Indigenous performing-arts company, Bangarra Dance Theatre. And he’s still learning.

“For me there’s always these new stories I’m learning from, and I hope I keep learning ‘til the day they put me in the ground!” Page says with a laugh.

It has been an impressive 25 years for this Brisbane boy. He was one of 12 children. They all, including his brothers, composer David Page and the late Russell Page, grew up on a housing estate in Mt Gravatt in Queensland; Russell, who passed away in 2002, was a dancer and Page’s regular muse.

Like many of his dancers, Page is split between worlds – the Indigenous and non-indigenous, contemporary and traditional – and keenly feels the pressure that brings.

“I’ve been trying to understand clearly the purpose of the company, and I think it’s caretaking stories,” Page says. “It isn’t just a Dreamtime dance company, even though I always want to feel like an eccentric, Aboriginal Peter Pan. You’ve got to get into the real world.”

Page points out 25 years is nothing compared with 40,000 years of culture.

Page has not only led Bangarra but directed the Indigenous sections of the 2000 Olympic Games opening and closing ceremonies; run the 2004 Adelaide Festival of the Arts; worked on the feature films Bran Nue Dae and The Sapphires and directed his own full-length film, Spear, now showing at festivals around Australia.

He is also Bangarra’s chief choreographer and is currently working on a new work – his 23rd – as part of the upcoming triple bill OUR land people stories.

Today Bangarra is respected internationally and locally for bringing to life compelling contemporary Indigenous stories. Examples include Terrain, about the beauty of the land; Spear, about substance abuse and violence; and I.B.I.S, a joyful celebration of an enduring culture.

Ever humble, Page typically shies away from taking credit for Bangarra’s continued success.

“Acknowledging it is always a hard one for me because it’s such a collaborative process; the people and communities, from dancers to rehearsal directors, executive directors and the great old chairman. When you look at the distinctiveness [of what we do], it’s not just a dance company. You move as one mob, and it’s the mob that helps fulfil those needs and keeps it in the right direction for the future.”

Nevertheless, a quick glance at some of Bangarra’s commitments in 2016 shows just how far the company has come under Page’s leadership. Sydney Festival screenings of Spear, featuring the Bangarra dancers, sold-out. Next month the company will travel to north-east Arnhem Land, where it will present Ochres outdoors on the local basketball court. The trip will also allow Page, with composer David Page and set designer Jacob Nash to work on Page’s new work, which premieres at the Sydney Opera House in June followed by an international tour. Finally, a return to country, this time to Lake Eyre to present Frances Rings’ Terrain.

Page’s production OUR land people stories is inspired by the art of Yirrkala woman, Nyapanyapa Yunupingu, the Telstra National Aboriginal and Torres Strait Islander Art Award-winning artist. Page’s production will feature alongside two others. Macq by dancer Jasmin Sheppard examines the 1816 March of Macquarie, a historical chapter that decimated the Sydney Aboriginal community. Miyagan is a new work from first-time collaborators and Bangarra dancers Daniel Riley and Beau Dean Riley Smith that explores their shared Wiradjuri heritage. “It’s weird, I tend not to see it as an overall amount of time,” Page says of his quarter century. “You just roll on from last year to this, and it’s all about supporting what’s in the program this year.”

Spear is screening at ACMI from February 6-14. It's released in cinemas nationally in March and is showing on ABC TV in April.

OUR land people stories premieres at the Sydney Opera House on June 17 and will tour nationally. It will be showing at the Melbourne Arts Centre from September 1-10.