And there’s a very special line-up to kick things off. 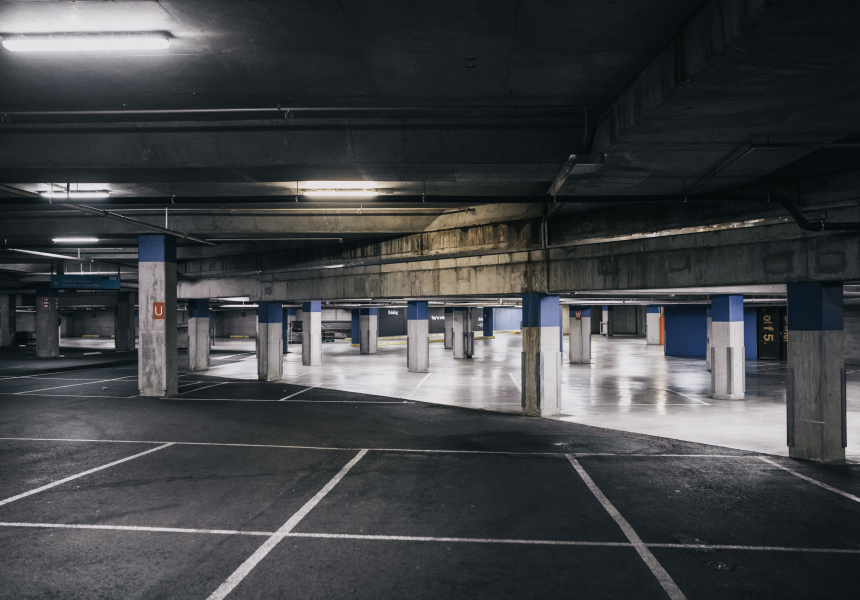 Melbourne has its share of incredible dance parties. There’s the excellent Freedom Time festival twice a year, and smaller shows in Melbourne’s diverse nightclubs. But when it comes to large, inner-city rave-ups with clever programming, we’ve been left wanting for some time.

Now Novel, the touring and events company responsible for bringing some of the electronic music world’s most beloved and forward-thinking musicians to Australia, as well as promoting and booking the acts at Pitch Music and Arts Festival and Let Them Eat Cake, has a massive new space.

Dubbed B3, the new party space will occupy around a third of the giant underground car park below Etihad Stadium (soon to be Marvel Stadium) for a series of 5000 plus capacity parties, that will run until 5am. The first party will be Smalltown in late September and further events are planned for December, and then in the first half of next year.

Director of Novel Daniel Teuma has been searching for a space for the last nine to 12 months, the main challenge has been finding somewhere with a late license.

“Sometimes we find venues by luck, but if you’re always looking you’re going to find something unique and different. It presents challenges but that’s what’s interesting. How do you overcome those challenges to put on the best possible show?” says Teuma.

Many other permanent venues with the same large capacity as B3 are restricted by licenses finishing no later than 1am.

“We do a lot of day events and we really wanted something that would run all night. Traditionally a lot of the warehouse parties are day events because it’s really hard to get a liquor license,” says Teuma.

If you’re wondering about the repercussions on fidelity of putting a top-of-the-line Funktion-One sound system in a giant concrete box, there will be substantial soundproofing measures going into the venue. To combat sound bouncing around the space there will be specially designed curtains, roof insulation and astro-turf floors.

“We’re investing a lot of money into the space. The venue has been very open to us putting in permanent structures like lighting installations because we’re going to be doing multiple events in the space. We’ll also be investing a lot in lighting, art and chill-out spaces so it’s not just a dance-floor experience.”

The first party held at B3 will be Smalltown in late September. Beloved German auteur DJ Koze has already been announced as the headline act – expect a mercurial and unpredictable set. And on Tuesday it was announced that Belgian DJ Charlotte de Witte will play support with a set of brooding, minimalist techno. To round out the line-up on the night is Gerd Janson, the head of Balearic dance-label Running Back, who Melbourne last lost the plot to at Sugar Mountain.

“It’s definitely more than just a DJ experience. There will be some interesting things to divert people’s attention from the dance floor … we’re treating B3 and Smalltown like a festival experience. We’re definitely going all out for the first one.”