Screening at Melbourne International Film Festival, the satirical slasher stars The Bold Type’s Aisha Dee as a wellness Instagrammer – but all is not what it seems. We speak to actor Emily De Margheriti about playing the so-called mean girl and being buried alive in the Canberran bush. 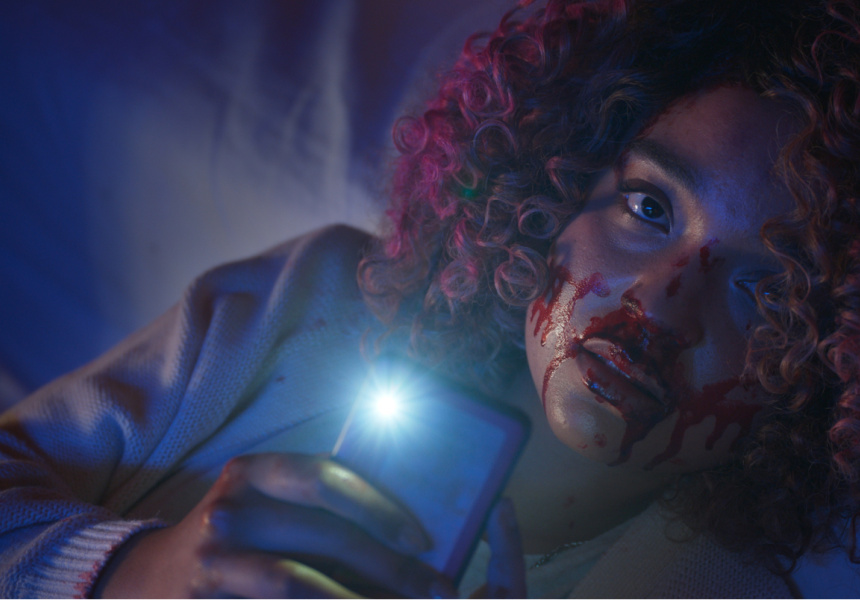 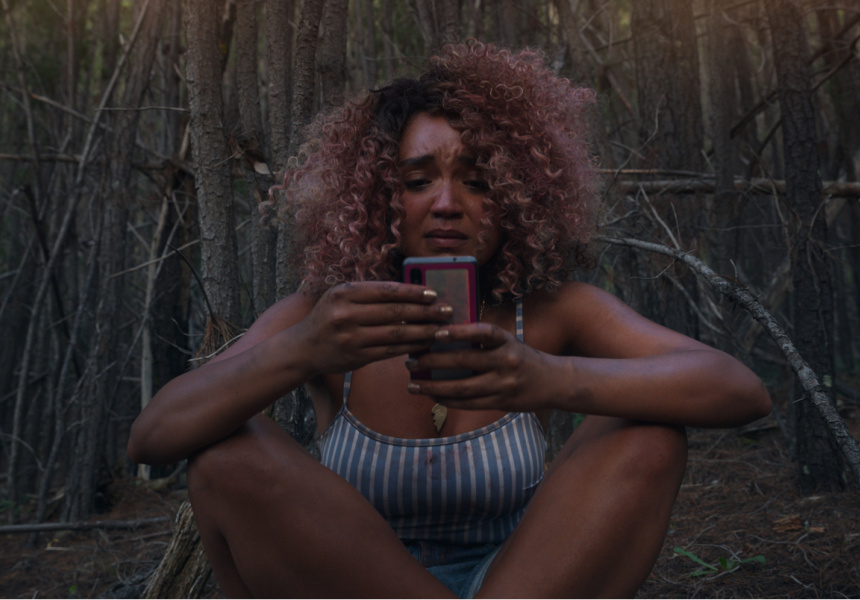 Sissy had its world premiere screening at the prestigious South by Southwest (SXSW) festival in Austin, Texas, in March 2022. Although the film is packed with Aussie references and was filmed in locations in Canberra and Yass, the silly-gory humour still landed in the US, actor Emily De Margheriti tells Broadsheet.

“I watched it for the first time in Austin,” says De Margheriti. “With satirical horror, people tend to cheer when someone dies – so people were cheering a lot of the time. It’s very dark. It kind of reminds me of Kill Bill. You won’t need to cover your eyes or anything. You’re laughing, not screaming.”

De Margheriti plays Alex, the maid of honour to bride-to-be Emma (Hannah Barlow, who also directs). Emma bumps into old school friend Cecilia (The Bold Type’s Aisha Dee) and invites her to her upcoming hen weekend. When Alex finds out Cecilia – aka “Sissy” – is back on the scene, old tensions lead to bloody confrontations.

“It’s not necessarily the mean girl who is the meanest,” says De Margheriti. “I did think about Regina George in Mean Girls [as a reference point], but I felt that Alex had more bitterness, she was more vulnerable. She’s just as hurt as Aisha Dee’s character.”

Cecilia, a successful social media influencer, gives advice to her thousands of followers about setting boundaries and forgiveness. But Alex remembers a very different Sissy – one who gave her a horrific facial scar.

“It’s so interesting, with social media, how unhealthy it is to put out one [image] of ourselves,” she says. “I remember reading it and I thought this could be a really good festival movie. It felt like a realistic horror. Afterwards you won’t look at your friend the same way.”

The vindictive side of social media was a big theme for Australian filmmakers Barlow and Kane Senes, who co-wrote and co-directed the film, with infamous influencer Belle Gibson “a big influence” for the character of Cecilia. De Margheriti, who is a director of Los Angeles-based production company DEMS Entertainment, which co-produced Sissy, saw the potential for a film that showed a scarier side to the likes, comments and shares industry.

“It felt like this could be anyone. Anyone could accidentally lead a psycho into their home, a psycho like Sissy.”

Without giving too much away, De Margheriti’s favourite moment during filming was when she ended up buried in dirt in the Canberran bush. “I was just lying in my grave – coming to terms with death,” she says, laughing. “Seriously, the stuff actors have to do. It was, wow, cathartic.”