A Gesamtkunstwerk of Art

Built in a game engine, projected in 3D and performed in St Kilda, Victorian Opera’s production of The Flying Dutchman is exactly how Richard Wagner intended. A 3D render of the ghost ship by Deakin Motion.Lab 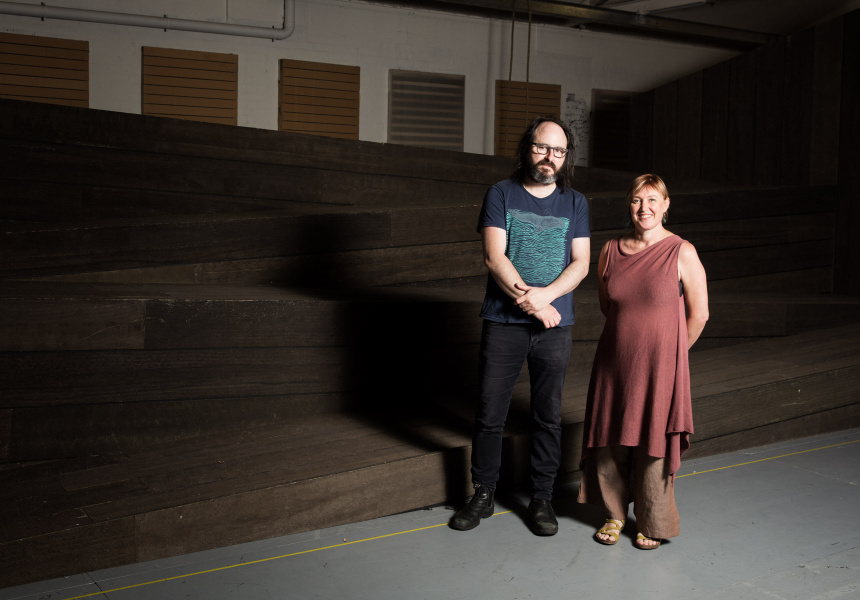 In 1849, Richard Wagner introduced the word gesamtkunstwerk, meaning “total work of art” in a series of essays that documented what he believed was a fragmentation of the arts in Italian opera.

By unifying multiple forms of artistic expression, Wagner believed that a greater work of art could be created. Fast forward 166 years, and it seems he was onto something.

Over the past six months, Victorian Opera has been collaborating with Deakin Motion.Lab to unite their individual talents: operatic theatre and 3D scenography. The result is the most ambitious performance in Victorian Opera’s history and one that Wagner himself imagined.

Telling the story of a doomed captain forever cursed to sail the seas, the world of The Flying Dutchman was built within a game engine, much like a console video game. Kim Vincs, director of Deakin Motion.Lab, believes this adds depth to the performance. “The 3D scenography brings a cinematic language to the opera,” she says. “We were able to create the entire geography of the opera – the fjord in Norway, the village and the ships.”

“Rather than going from cue to cue, the audience can follow the journey the whole way. With a traditional set, it’s difficult to get that same trajectory and sense of scale.”

In The Flying Dutchman, acoustic scale is equally important to convey the powerful struggle between man and Mother Nature without a single microphone. On the cusp of the ocean and a mainstay of Melbourne’s live music scene, the Palais Theatre became the perfect venue. “It has some of the most incredible acoustics in the country,” says Scott.

An opera hasn’t been performed at the Palais since Joan Sutherland sang The Merry Widow in the ’80s, so it is fitting that its revival will be lead by yet another opera legend. Oskar Hillebrandt is a German baritone who has performed the role of The Dutchman over 400 times and is recognised as a kammersänger – a title historically bestowed upon distinguished singers of opera by princes and kings.

After working tirelessly to create gesamtkunstwerk, Wagner once lamented that none of his librettos could ever be staged properly. But with so many art forms integrated so seamlessly in Victorian Opera’s The Flying Dutchman, Matt Scott feels that its creator would be quite proud.

“In a very strange way, we’re taking the opera back to its roots.”

The Flying Dutchman runs from February 14 to 19 at the Palais Theatre. Tickets start at just $30 for anyone under 30. Tickets available through Ticketmaster.