Anything But Yuck: Alpine Goes On Tour

Life is good for the Melbourne sextet. It has just released its second album, is on tour and despite the name of its album, is enjoying every minute of the ride. 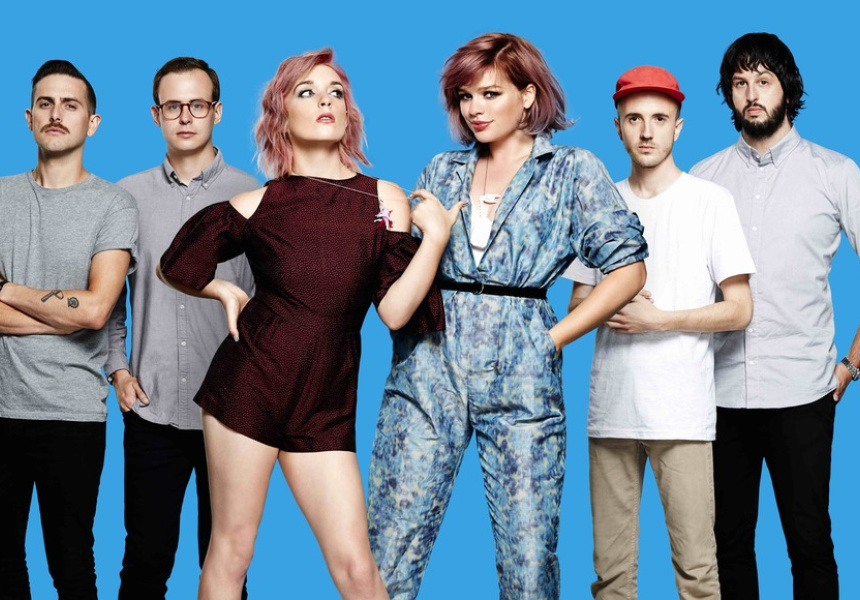 After picking up the phone mid-cough, Phoebe Baker, co-lead vocalist of indie-pop band Alpine, talks to me about the group’s well-received sophomore album, Yuck. Despite ironically feeling as gross as the title of the album suggests, there’s nothing else unpleasant about the band’s trajectory.

After the release of its first album, A is for Alpine, the band had a three-year hiatus. “We toured the States four times in one year and also did Australian tours,” says Baker. Once back in Australia, the band took a well-deserved break. “We all went back to our day jobs, settled back home and started doing normal things again.” But it wasn’t long before the urge to make music flared up again.

The process of writing this new album was as breezy as the music on it. Baker had almost a year with Dann Hume – songwriter and record producer – in the studio. “We had a lot of time to focus on every little detail,” says Baker. “Dann is so fun and strange and it was just such an easy process.”

Album reviews of Yuck have been positive. Most say the music is mature. Those husky, breathy harmonies are still there, but everything is bigger. From that big brass section in Damn Baby and greater drum emphasis on Come On, to the acoustic guitar in Foolish, the band is heading in a new direction. This excites the band more than any review could.

Alpine brings its unique humour to the common themes of love and relationships. It’s evident in the title Yuck. “Besides being a lyric in Foolish, the word relates to that feeling of almost disdain, and feeling a little bit funny. It was written about hooking up with an ex-boyfriend and how that can go too far and be a bit wrong and silly,” says Baker. That feeling is explored throughout the album.

The pressure of releasing a second album and the nerves that we have about how it will do made us feel yuck but it kind of lightens the process without diminishing the meaning.”

Things that Baker and (other band member) Lou James both love inspired the visual aesthetic. “We both love glam, and to be honest, we are figuring it out as we go, but this album feels more like us.” Inspiration for the music videos and stage costumes came from their favourite films such as the old Pink Panther and The Party, Melbourne designer Juliet Bennie and Baker’s mum.

With the songs well-rehearsed and stage-style sorted, audiences can expect a tight show. “The word I’m using a lot is confident,” says Baker. “We are feeling more in tune with what we’re doing and can’t wait to get on stage. We’ve got this forum to play and entertain, so we want to put on a show.”

After its current tour, Alpine will hit the east coast for Splendour in the Grass and then head to the States again to join Joywave on its US tour.

Baker can’t help but exclaim, “This whole process has been so much fun, it hasn’t been yuck at all.”

Yuck is out now.