Indie-folkster Angus Stone chats about round two with Julia, the importance of a “vibe guy” and upcoming recording projects. 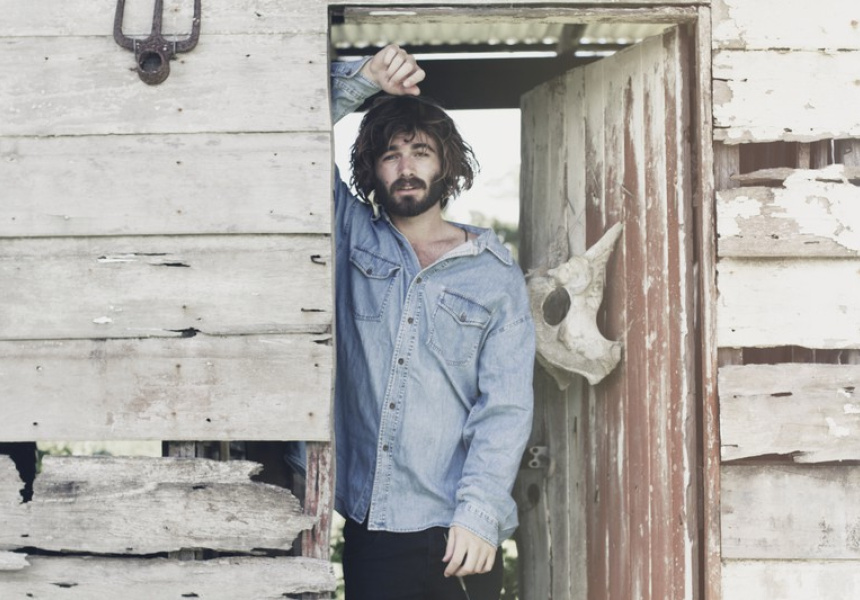 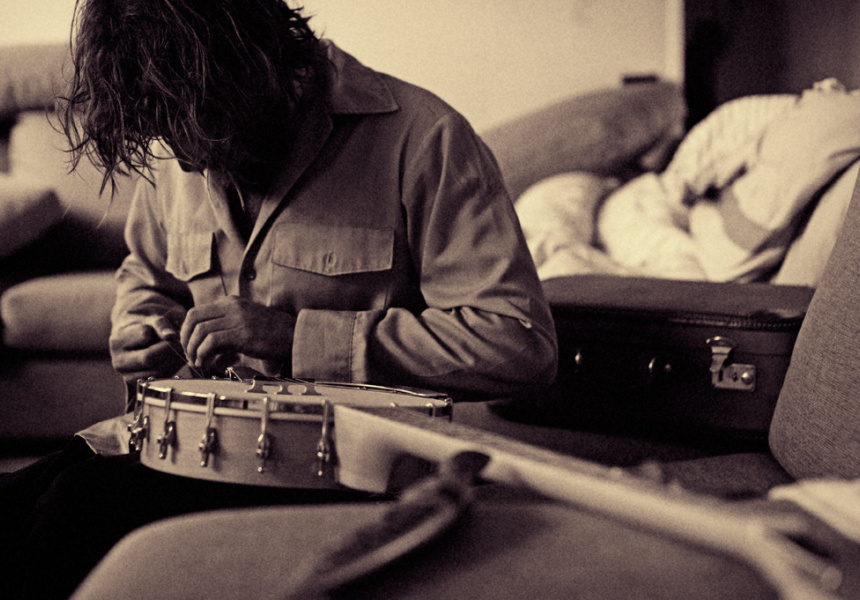 Rewind two years. Angus Stone and his band mates were sitting in Paris’ Hotel Amour, touring his solo album, Broken Brights. By some cosmic coincidence his sister Julia and her own band strolled in. She was on a tour of her own. Neither Stone knew the other was in Europe. Apparently they were fated to collaborate as siblings once again.

To add to the serendipity, Angus tells us all this on the phone – from Hotel Amour. “I’d tell you I’m doing something more picturesque, like sitting on a windowsill smoking a cigarette, overlooking the city. But I’m just having a coffee.” Angus & Julia Stone are wrapping up a dizzying world tour in wake of their third (self-titled) album. Angus has difficulty naming a favorite spot. “Probably the States,” he says in a delicate, dreamy, honey tone. “It’s been pretty amazing going through Middle America and up to Canada. I guess I’ve got some sort of affinity with the landscapes there.”

Their latest album was released with global success. Meticulously tight production and fluid storytelling means this is folk for any and everyone. After a lengthy hiatus for Angus and Julia’s creative relationship, the pair was inextricably drawn back together. After the surprise at Hotel Amour, both Stones were booked for the 2011 Woodford Folk Festival. “I was playing the night after [Julia] was,” Angus says. “I got to hang out and watch her play. It was just one of those moments where I was watching and I kinda’ went, wow, maybe there is something we haven’t done together. There was something there that we hadn’t touched on.”

Californian producer Rick Rubin (Neil Diamond, Jay-Z, Rage Against The Machine) also felt as though there was something as yet uncovered. Rubin approached Angus and Julia to produce their next record and Angus gelled with him instantly. “[Rubin] was an unexpected treat, a real genuine music lover. He felt like just another musician.”

Rubin’s studio experience was new for the Stones, more accustomed to a lo-fi set up. “There’s a guy walking around ordering smoothies, ordering sushi. There’s a vibe guy; just this dude – this big African dude with a Hawaiian shirt on – sitting behind the speakers, just grooving to the music. I never knew what he was there for.” The bustling, adequately “vibed” studio did not detract from the record, Stone says. “Rick wants everything to be taken care of, so that when it comes to creating, your whole thing is being put into it.”

In the past, for both A Book Like This and Down The Way, Angus and Julia wrote songs independently before sharing tracks and arranging. Angus & Julia Stone was different. “This time round we sorta’ sat down and said, ‘Something needs to change, let’s try writing together for real’. This record is new in that way; it’s a little bit closer to perhaps how people thought it was.” Songwriting synergy explains the self-title. Angus says, “It does justice to what this record means to us.”

Production and acoustic experimentation has long been a part of Angus’ practice. His first solo album, Smoking Gun (released in 2005), was cosily recorded inside an empty water tank. This achieved an eerie electric resonance. He hints briefly at an upcoming project. “I’m starting a band that will be under a different name; it’s sort of stepping into a different style again.” Angus explains that it will return to a stripped-back set up. “It’s just this random little cabin in the jungle. In the living room I’ve set up all overhead mics and real nice amps and good recording gear. I like having that open, so when you have friends over and you’re having some drinks and whatnot, you can just walk in and see what happens.” We’ll leave the “whatnot” to your imagination, but take heed: this could perhaps be the last Angus & Julia Stone tour for some time. With fresh projects looming, don’t miss out on experiencing their folky tour de force.