From the ingenious to the downright creepy, Melbourne’s new Alice in Wonderland exhibition is an odyssey through the history of cinema itself. 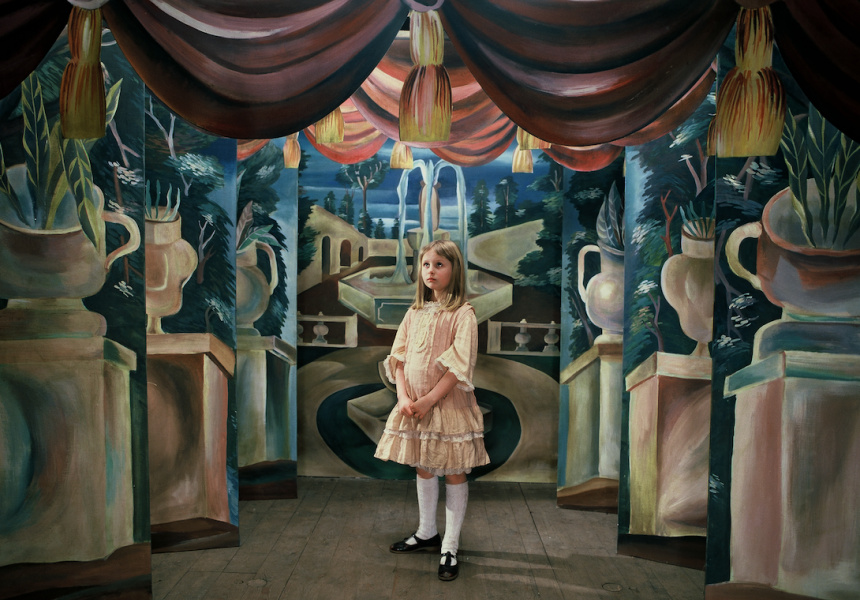 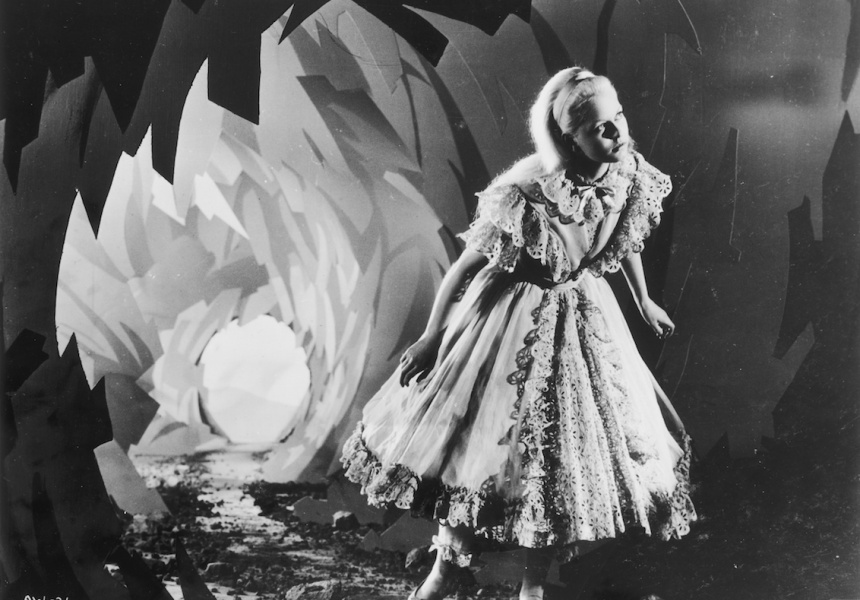 Lewis Carroll’s Alice’s Adventures in Wonderland – a tale first published in 1865 – is so culturally engrained it’s possible to know the story without ever having actually read the book. Think about it. Have you? Or have you just seen one of the dozens of film and TV adaptations, or absorbed the details of the plot from references in everything from The Simpsons to The Matrix?

ACMI’s new exhibition Wonderland is a trip though more than a century of these adaptations: a tapestry of props, costumes, artwork and films. Alice’s uncertain steps down the rabbit hole and through the looking glass are a metaphor for the evolution and magic of film. Her adventures begin, after all, with frustration over a book with no pictures.

Alice finds herself in a world where logic is turned upside down, and common sense doesn’t apply; people have been turning her story into film for just about as long as they’ve been filming anything at all.

But as the Gryphon puts it, adventures first, explanations later.

ACMI’s exhibition is designed around the various episodes in Carroll’s story, from tumbling down the rabbit hole (walking down the stairs) and the Hallway of Doors, to the Pool of Tears and Looking Glass House. Map in hand, you’ll navigate a maze of imaginative and surprising scenes. Open one door and you find a glass cabinet of artefacts. Another? A small theatre. Look into a dollhouse window and you’ll see a creepy doll peering back. You’ll discover the evolution of craft and special effects, from the analogue and mechanical to the slick digital animations of today.

Wonderland is charming and engaging throughout, and much of the material is fascinating. This is no boring old museum, this is ACMI, and there are displays complemented by the audio works of sound designer Byron Scullin and composer Cornel Wilczek, and a kids activity room designed by interactive art creators Mosster Studio with an installation by creative lab Grumpy Sailor. Most spectacularly, at the Mad Hatter’s tea party, you’ll sit at a table set with empty plates, which are transformed into an audiovisual feast by digital projections.

The influence of the original edition’s illustrator, John Tenniel can be felt through the century of films. But filmmakers haven’t interpreted Wonderland as the quaint fantasy landscape evoked by Tenniel’s hand.

The 1903 version starts with a deranged-looking adult-sized person in a rabbit costume scampering into a freshly dug hole in the ground, which looks more like a grave than a rabbit hole. I certainly wouldn’t follow him down there. From there, things get even darker.

In Czech director Jan Svankmajer’s surreal 1988 take, a genuinely scared little girl navigates a world of dirty-looking stop-motion taxidermied animals. When Alice slams a tiny door on the white rabbit’s paw, he bleeds sawdust. Meanwhile Alice frantically stacks dollhouse furniture against the door to protect herself from this nightmarish creature.

You might think Disney’s 1951 version would clean things up, but even there the cruel, abstruse, hookah-smoking caterpillar blows rainbow smoke in Alice’s face. You simply can’t strip Wonderland of its unnerving edge.

The exhibition is a treat for fans of film effects; it charts the ways Carroll’s story has pushed the limits of technology. The early editing tricks used to make Alice shrink are ingenious, if now quaint. The stop-motion is mesmerising and simultaneously the fabric of nightmares.

After all that, the 2010 digital extravaganza starring Mia Wasikowska and Johnny Depp is colourful and no doubt technically accomplished, but ultimately bloodless. There’s something about CGI that can’t replicate the imagination wrung from the technical limitations of decades past. But I’m told the kids like that one, and who is Alice for, really? Grumpy old reviewers? Or kids like Alice herself, who still see the world with a sense of wonder?

All these different readings of the story go to show the richness of the source material. This is a love letter to cinema, but also to the versatility and timelessness of the character and her world.