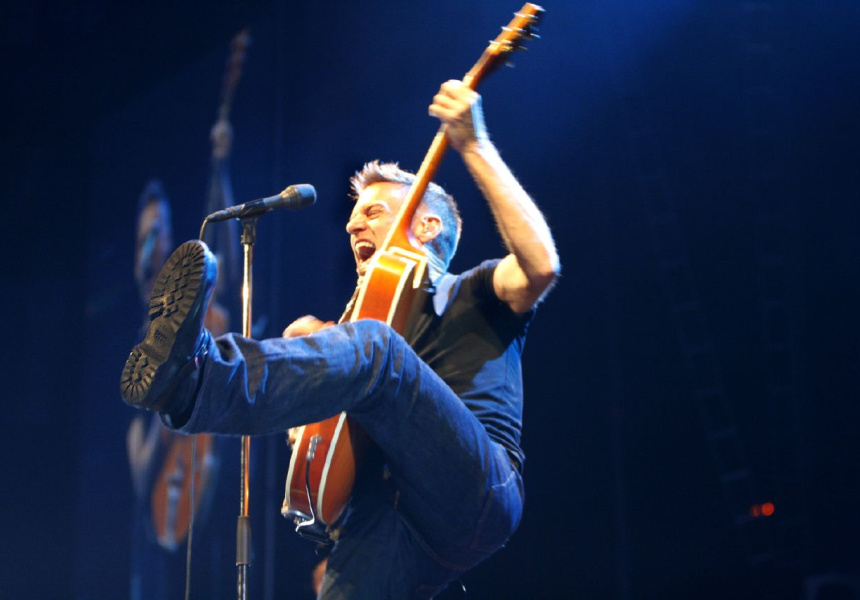 AFL chief Gillon McLachlan made waves yesterday when he announced the unlikely triumvirate of Bryan Adams, Chris Isaak and Ellie Goulding to open the 2015 Grand Final.

But it’s a little-known fact that the international tunesmiths were selected in consultation with a number of music experts from across Australia. Specifically, McLachlan defended the perceived snubbing of local acts, saying, “I spoke to my daughters. They chose Ellie Goulding”.

The AFL has been a fine arbiter of taste for decades, particularly when it comes to pre-show entertainment. Senior management is often called upon for A&R duties, and they take their job incredibly seriously.

Dedicated footy programmers were behind the campaign to bring obscure folk act Ed Sheeran out for the 2014 final, and have been commended for breaking struggling underground artists such as Tom Jones and the aforementioned Bryan Adams, whose new single Summer of ‘69 is steadily racking up thousands of plays on SoundCloud.

McLachlan and his peers should be commended for their insistence on exposing Australians to lesser-known cultures, such as British and Canadian. The 4 million local viewers are already watching Australian Rules Football – why should Australian music take over their screens as well?

Our Australian cultural imperialism must stop now. Yes, we have bands that headline Coachella and Glastonbury, win Grammys and inspire millions. But it’s not about us. Aussie Rules has never been about us. It’s always been about those other nations, the ones who would only know about the game if they stumbled into a sports bar at 2am in another time zone.

Sure, we can go back to the primitive, dark days, when our screens showed only home-bred types such as Darryl Braithwaite, Tina Arena and The Whitlams.

But the AFL that McLachlan was chosen to lead is one that champions the little guy, like Meatloaf; a throat singer from Dallas named after a form of home cooking. The AFL looks beyond the mainstream ARIAs to the fringe festivals of the world, such as the VMAs, The Brits and the Rock and Roll Hall of Fame.

So many of our great sportspeople have come from nothing, ascending to glorious fame, fortune and recognition because we believed in them.

Isn’t it time we believed in Chris Isaak?