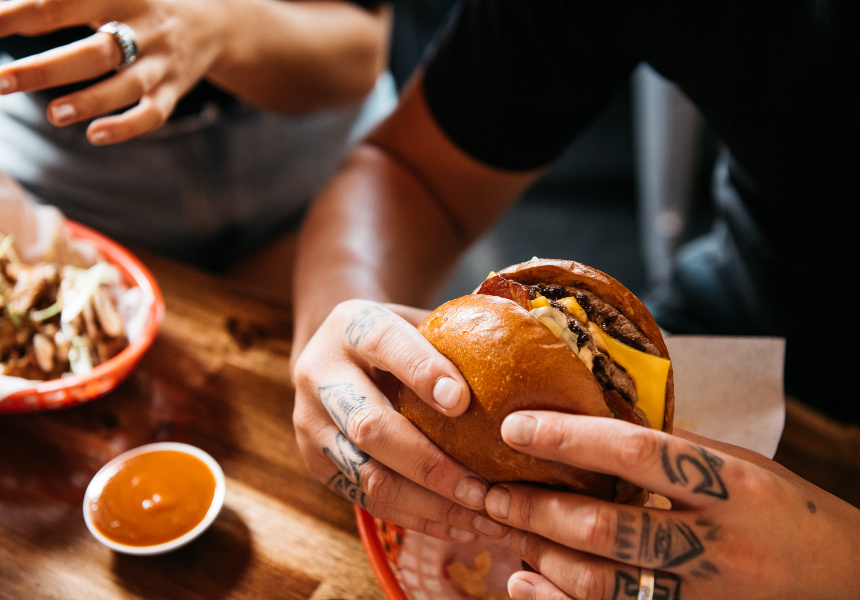 After Changz Hot Sauce found its way into burger venues around Australia, its founders figured it made sense to open a place of their own.

The burgers at Smoke and Pickles (formerly Changz Canteen) are made with Japanese-style milk buns and a max of four fillings in each.

Burger specials circulate weekly, on top of regular choices which include an American-style cheeseburger; a veggie burger with sweet chilli coconut yoghurt; and a pork terrine banh mi. Coeliacs are also catered for with the option to use lettuce in place of a bun.

Owners Josh Monteiro, Tom Jacobson and James Forge don’t want Changz to be known solely as burger joint, so it also serves American-style sides such as pork scratchings; Padrón peppers with anchovy and basil crumb; and pickled vegetables. Fried chicken ribs are also available to go for $1 each on Sunday afternoons.

Drinks are mainly simple – beers, ciders and shots – but Forge is constantly experimenting with vodka flavours, infusing with ingredients such as musk or chocolate honeycomb.

The canteen is fitted out with lines of light bulbs, exposed brick walls and furniture made with recycled table legs left behind by the venue’s previous tenants. The boys’ love for Star Wars is apparent in a stencilled mural of Darth Vader and Boba Fett near the entrance.