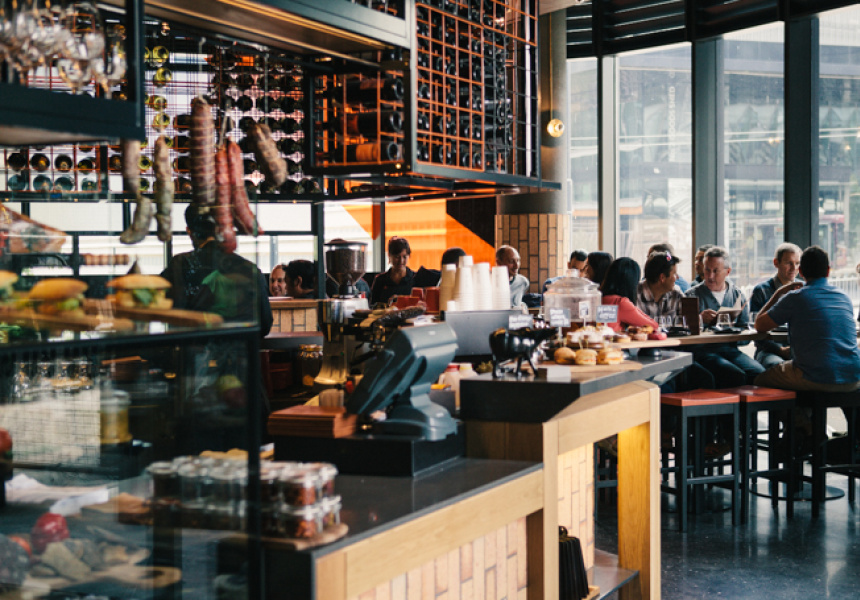 That Docklands has had its problems is an often-mentioned fact. But a few brave restaurateurs are attempting to change the face of this formerly faceless suburb. As the first foray in the ambitious new food quarter in Collins Square, Bar Nacional set its sights high.

Contemporary dishes include sardines with grilled bread; a chorizo hot dog; Josper-roasted lamb ribs with a Pedro Ximinez glaze; and a trio of Spanish-inflected desserts. The charcuterie selection is the real deal, with a several types of jamon, including a bellota puro cured for 36 months that tastes like melted acorns.

As a straight-up bar, Nacional concentrates on Spanish and Australian wines, with the list managed by Jeff Salt (Vue de Monde, Circa the Prince). There's also a solid range of easy-drinking beers, and like any good Spanish joint, sangria. Here, though, it's spiked with brandy and ginger ale.