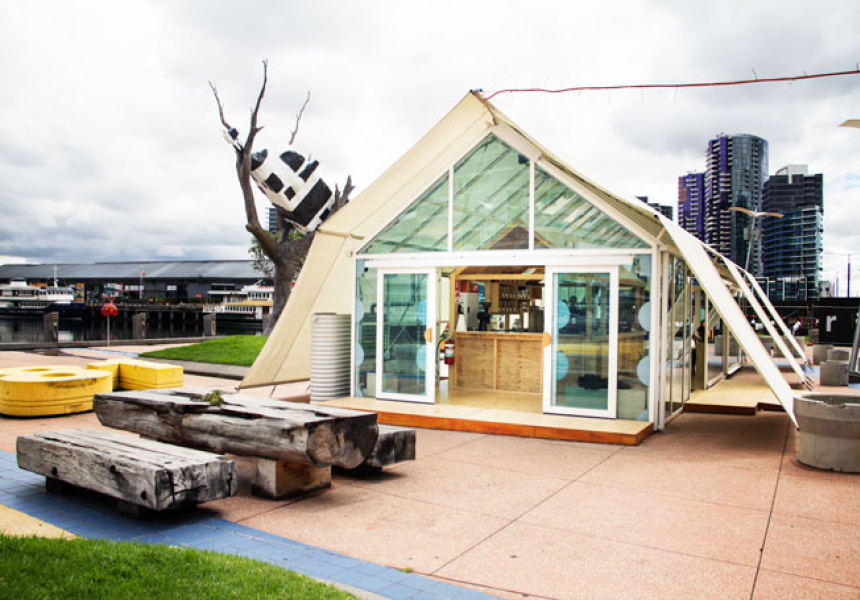 Latin for ‘garden’, Seven Seeds’ new temporary cafe Hortus is bringing a breath of fresh air and greenery to Docklands. The cafe is a collaboration between the Carlton coffee mecca and art/architecture studio Utopian Folk. It takes the form of a stand-alone greenhouse that features native and edible plants from local artist Lauren Berkowitz and has about 50 seats.

The project began some two years ago, when Utopian Folk won a Places Victoria tender to develop the empty space north of Etihad Stadium. Berkowitz’s garden, titled Still Life, hopes to bring plants, recycled from displays at Fed Square and the NGV's recently finished Melbourne Now exhibition, to the Docklands along with a fresher, greener atmosphere.

Seven Seeds' head barista Jake Sullivan has been enlisted to run the new cafe, which will focus primarily on coffee in the absence of a hot kitchen. Coffee will consist, of course, of the Seven Seeds espresso blend, alongside a rotating single-origin coffee. There will also be a single-origin batch brew ready to go for those who want their coffee extra quick. Food comes courtesy of Rustica bakery and pastry wunderkind Matt Forbes with sandwiches and sweets delivered daily.

The pop-up is slated to run for 18 months.