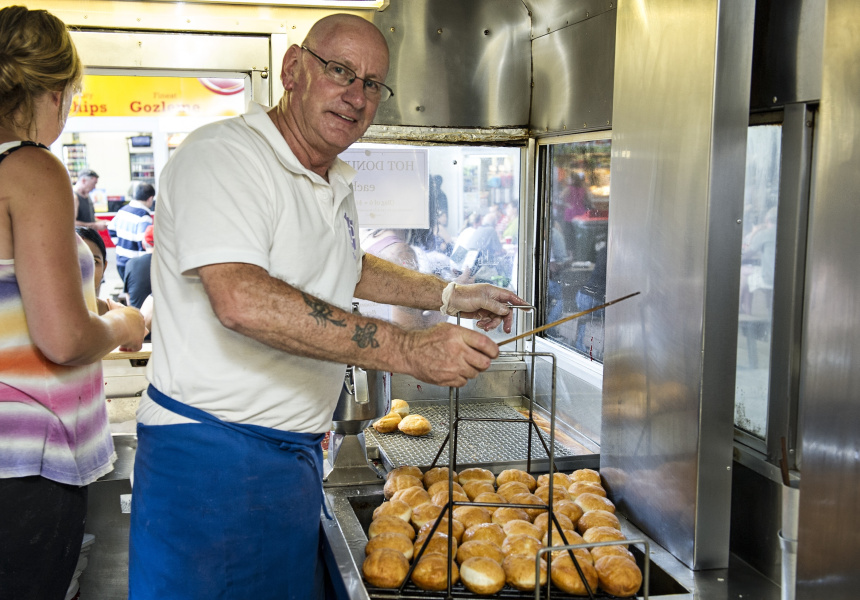 Since the late 1960s, Dandee Donuts has been selling its fluffy, sugar-coated doughnuts from its gold-and-purple vans at markets and matches. The doughnuts and the hot jam inside them are made at an off-site kitchen then cooked to order.

The mobile business started in an Oakleigh backyard. Founder and former American Doughnut Kitchen employee Dick Bell constructed the vans. He named one of them “Blue Hills” after the long-running TV serial because it took so long to be built. These days the business is run by Dick’s daughter, Susan Bell.

The earliest sites included Hurst Reserve in Oakleigh and Clayton Shopping Centre. Now the aging caravan has been replaced by a portable building at Dandenong Market, where it’s one of the most well-known stalls. Nutella doughnuts have even joined the line-up (how modern), but the classic hot-jam variety remains the most popular order.

The doughnuts evoke childhood memories for many Melburnians, as the Oakleigh Football Club-themed vans have been a regular at games and festivals for several decades.