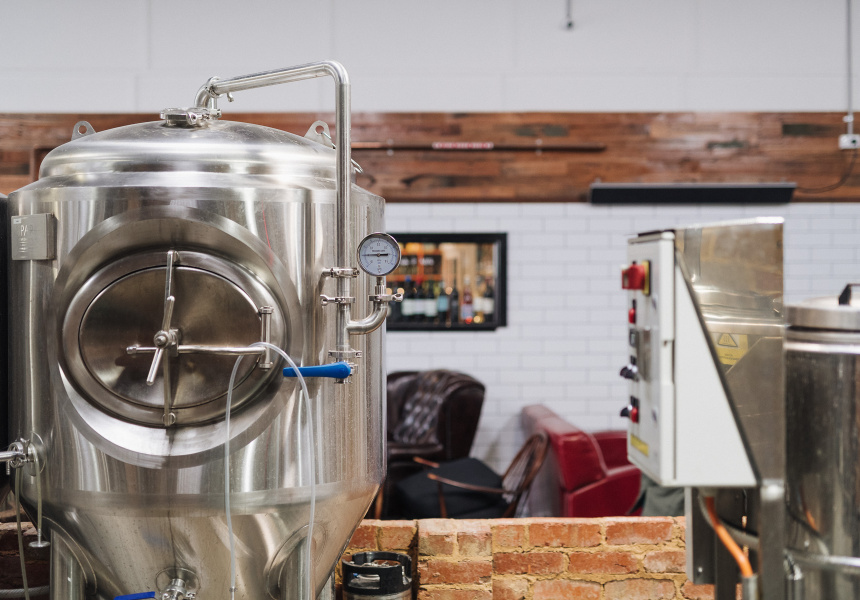 The Public Brewery was launched in 2013 by Dale and Bek White, who also operate nearby cafe Bekendales. Unlike many breweries, The Public House is open not just for drinks, but for budding brewers to make their own beer.

It’s common for groups such as hens or bucks nights to come in and brew beer to serve at the wedding. They can select from a range of recipes, and even create a personalised name and label. The process is hands-on, and customers are involved in every step.

The brewery’s taps pour three of its own beers, some brewed offsite at its farm in the Yarra Valley. There’s also three guest taps that rotate through local favourites, such as Bad Shepherd and Fury & Sons, and a wine list with a heavy emphasis on the Yarra Valley. Overseeing it all is award-winning homebrewer, Brendan Guild, who threw in the corporate life to be part of the venture.

In addition to the brewing processes, the brewery team grows its own hops, fruit and herbs, which visitors can enjoy while sitting in the sun-drenched beer garden. It’s a non-smoking space with regular live music, making it perfect for a family outing.