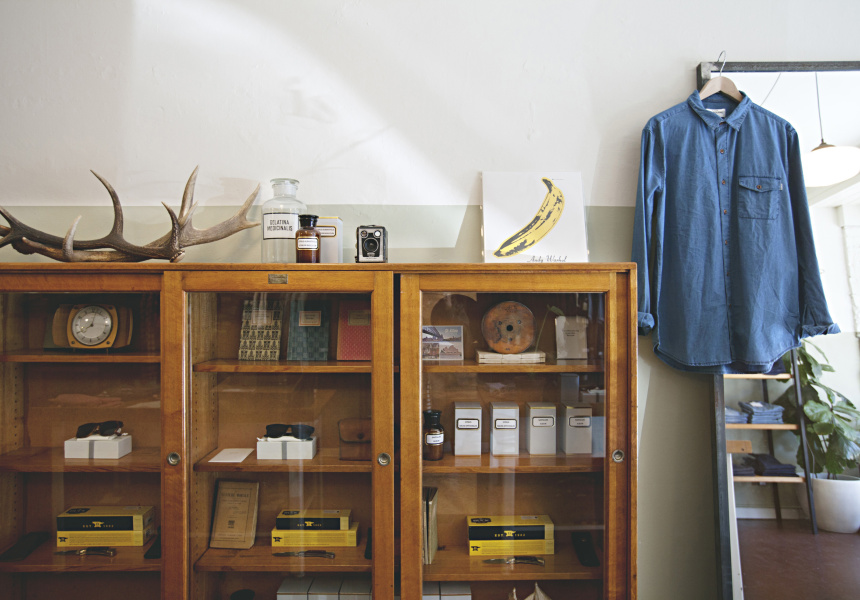 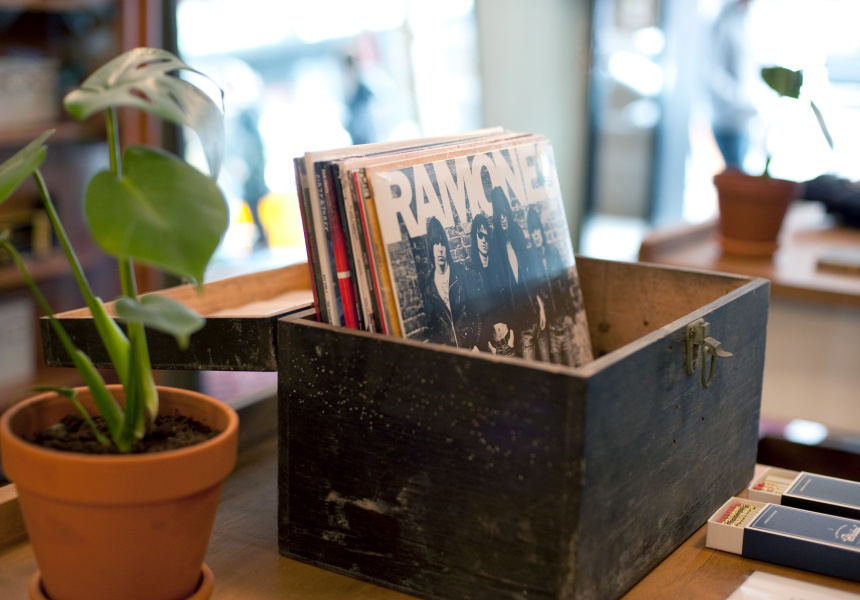 Denis Leadbeater and Julian Johnson are the co-founders of men’s streetwear label FLUX. The label’s flagship store in Collingwood was more than a decade in the making.

The two are former graphic designers who met through Melbourne’s punk scene in the ’80s. The label launched in 1999 with a range of hand-printed tees sold in a handful of boutique stores in Melbourne. It eventually moved online and quickly expanded to include a range of easy-wearing staples, such as chinos, knitwear, shirting and its signature crinkle-effect skinny denim. It’s all made locally at workshops based in Abbotsford and Preston.

The brand has evolved into a more considered line of clothing, reflecting not only the design duo’s own maturation, but the desire to create clothes of a more timeless quality.

The Smith Street space stocks knitwear, chinos, outerwear and tees, plus a thoughtful array of local and international brands. Eyewear from Danish label Han Kjøbenhavn; pocket knives from Buck Knives and handmade leather goods from US label Corter are just some of the things you never knew you needed, but you’ll quickly want.