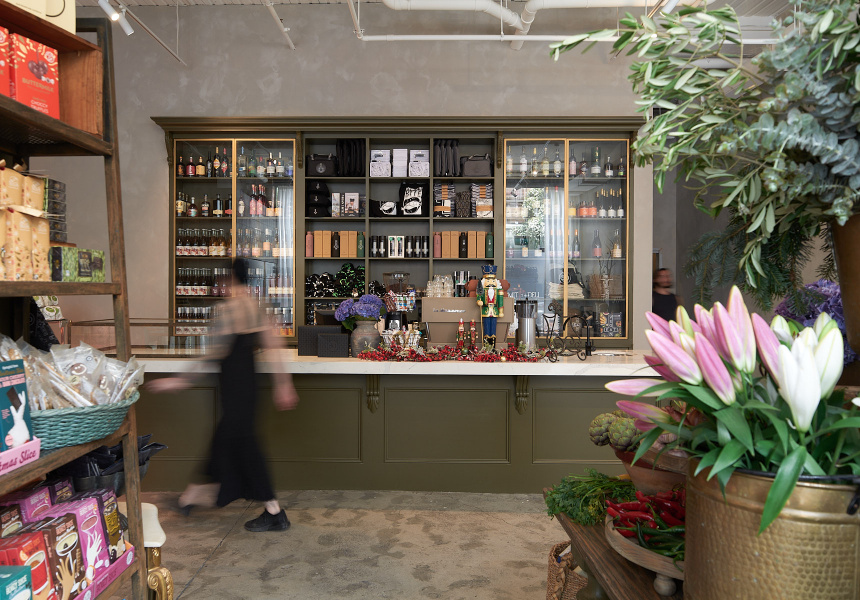 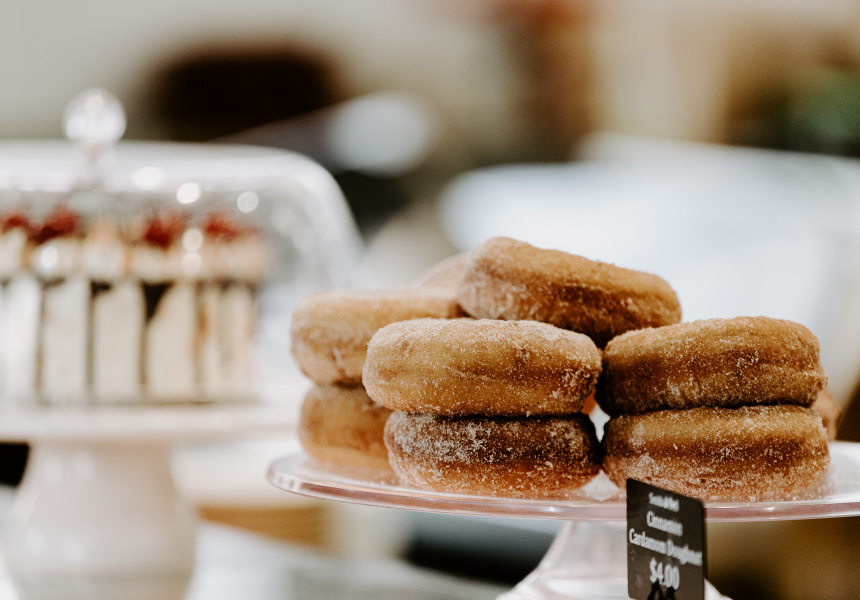 The new and improved Smith & Deli was the first stage to arrive at Shannon Martinez’ vegan dining hall, which opened late last year and will soon house her pioneering plant-based diner, Smith & Daughters.

The old deli didn’t have space to dine in, but there’s plenty of room to do that here. There’s also an American-made cafeteria-style station – a long, wraparound counter with a purpose-built induction cooktop, stocked with assorted enamel pots filled with turkey pot pie, roast beef with all the trimmings, French dip, Sri Lankan vegetable curry and more.

Just grab a tray, shuffle along and be served whatever you like.

In the morning, you’ll find all the makings of a vegan big brekkie. Think breakfast sausages, tofu scramble, hash browns, roasted tomatoes and more. Or build your own continental breakfast with fruit salad, yoghurt parfaits and breakfast muffins.

Over at the cold section, expect salads including caesar, potato and bacon; and daily desserts ranging from single-serve trifles and Ferrero Rocher brownies, to slices of cherry-crumble pie.

Tap wine and beer are backed up by a Strangelove soda machine with rotating seasonal flavours.

Beyond the cafeteria, there’s a retail area with plant-based pantry items, produce from Northside Fruit & Veg, and bread and baked goods from To Be Frank and GF Desserts.

Elsewhere, a marble display case on the shop’s back counter is lined with an array of vegan sweets. Strawberry-glazed doughnuts, almond croissants and dark-chocolate tahini cookies are just some of the options you might find.