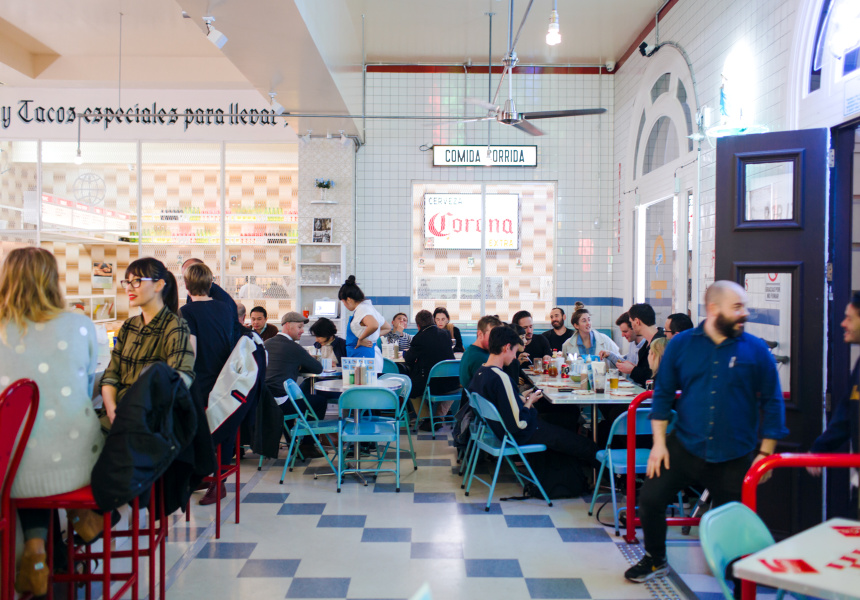 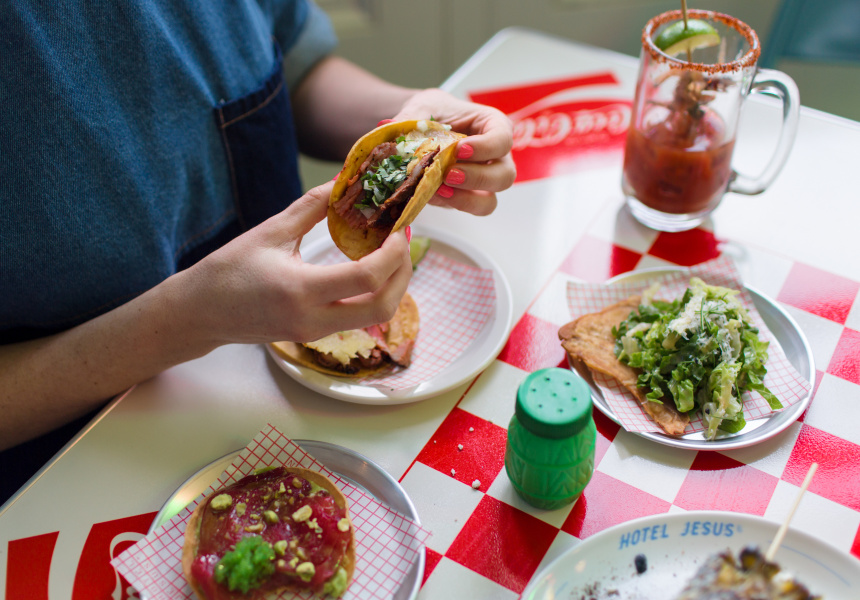 Mamasita's owners, Matt Lane and Nick Peters, think of their second venue as the Mexican equivalent of an Aussie fish-and-chip shop. Casual, fast-paced – the type of place where you can drop in for a couple of tostadas or tacos and a beer, then move on. The restaurant's third partner, James Brown, took care of the fit-out and branding through his company MASH Design.

The kitschy interior is inspired by the traditional ’70s-style taquerias and tostaderias of Mexico. It has blue banquettes, red stools, flimsy tables, slow ceiling fans and tiles in various shades of pastel. There’s a Guadalupe on the wall, and other Catholic iconography. There’s also a quote from Lane’s favourite film, The Big Lebowski: “Nobody fucks with the Jesus”.

Tostadas (toasted tortillas with toppings) are made in-house from scratch via a traditional method that involves dehydrating the tortillas for 24 hours to make them crispy.

They’re topped with ingredients such as prawns with ginger oil and chilli; tuna, ponzu and wasabi; mushrooms, corn and smoked avocado; or beef with leek and cotija (a dry Mexican cheese). There are also tacos, tortas, ceviches, and snacks such as corn with black mayonnaise, and pickled jalapenos.

A condensed version of this menu is available for takeaway over the counter. On Taco Tuesdaze, get tacos for $2 each from 5pm to 9pm.

Peters, Australia’s only master mezcalier, assembled the impressive tequila and mezcal list. There are also imported Mexican beers, served chelada-style (with a rim of salt, lime and ice). Six cocktails are on tap, including a Mexican Espresso Martini; sangria; and Jesus Maria (like a Bloody Mary, topped with a chicken chicharrón – a popular snack made from fried skin and fat). 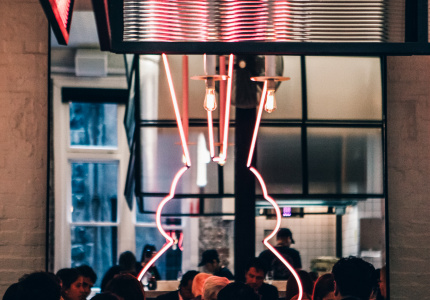