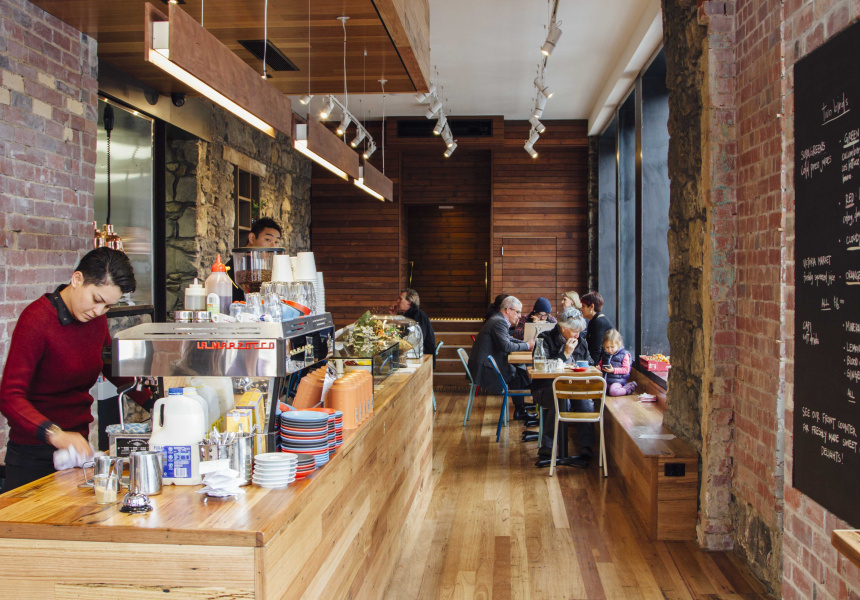 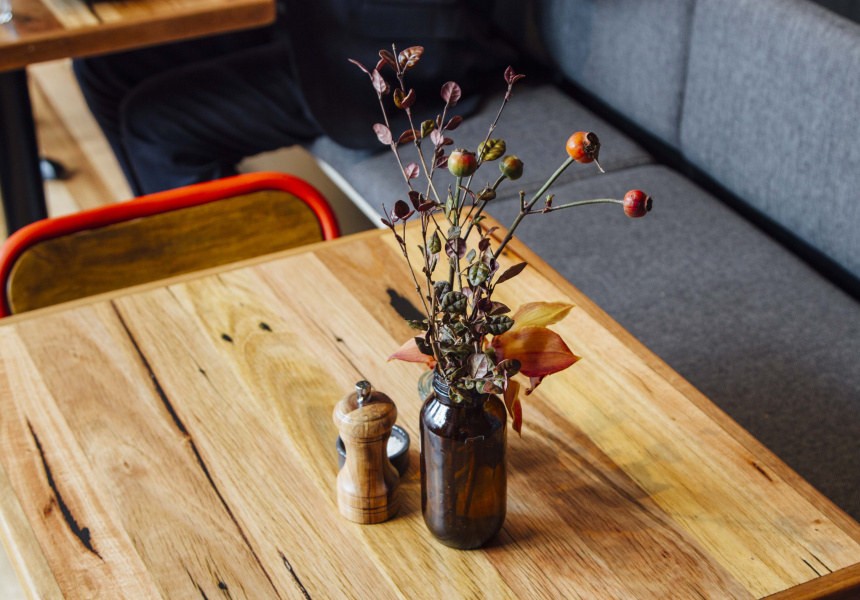 Kathy Liu and Justin Lan might be the most patient cafe owners in Melbourne. In 2011 the husband and wife duo shoehorned their tiny coffee takeaway in next to a tailoring business. Then they waited. Their landlord wanted to retire and hand over the entire building, but wasn’t quite ready.

It was four years before the couple got the nod, chucked out their old coffee machine, switched the beans from Genovese to Code Black and opened the full incarnation of Two Birds. Today the space riffs on the clean, light lines of Scandinavia, but adds a playroom twist imagined by Dan Korman.

Its steel-framed chairs are powder coated in primary colours. A tentacle-like chandelier hangs over the requisite communal table. Take a close look and you’ll see its many lights are made from old Posca pens.

Head chef Dougie Thompson (ex-chef at Snow Pony) presides over the simple but well-presented menu. Staples such as muesli and porridge hit the tables dotted with pretty edible flowers.

Eggs and various vegetables also appear on Casalinga organic sourdough, and Dr Marty’s crumpets find the balance between sweet and savoury. Later in the day burgers and larger mains are available, and there’s always something for vegans and vegetarians.