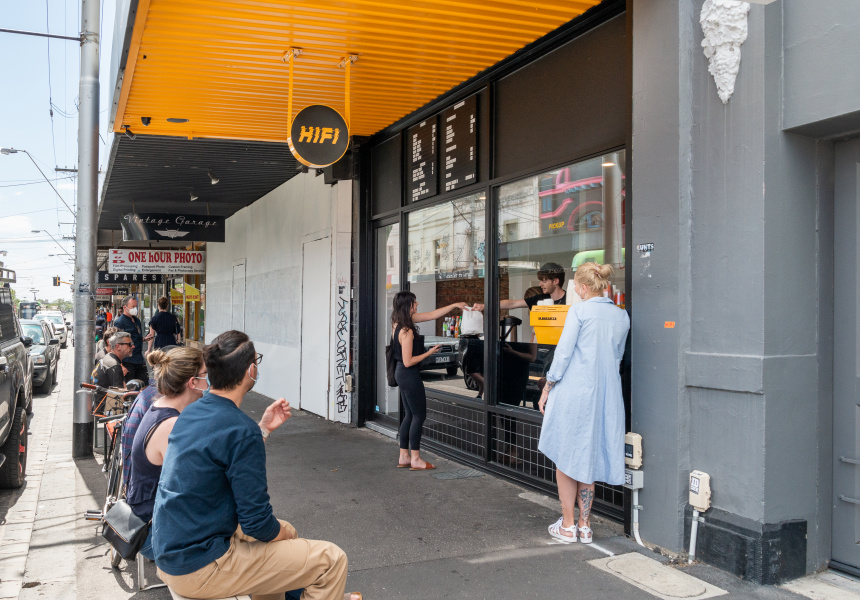 From the same owners as Terror Twilight around the corner, Hi Fi is a takeaway-only deli with sandwiches, coffee and vinyl on the menu.

At their cafe of the same name, there are plenty of meaty options – most notably the hulking Reuben and mortadella focaccia, created with the help of executive chef Dale Kemp. You'll also find four-cheese toasties with French dip, panko-crumbed fish-finger sangas and vegetable-loaded 5 & Dime bagels.

To go with your two-hander, choose crispy curly fries with Old Bay seasoning or the house slaw. Then, wash it all down with a salted caramel or ginger malt shake.

In keeping with the name, Spiteri and Argentino have put their old-school record collection on show. While pondering your lunch at the takeaway window, an eclectic range of vinyl will soundtrack your difficult decision.