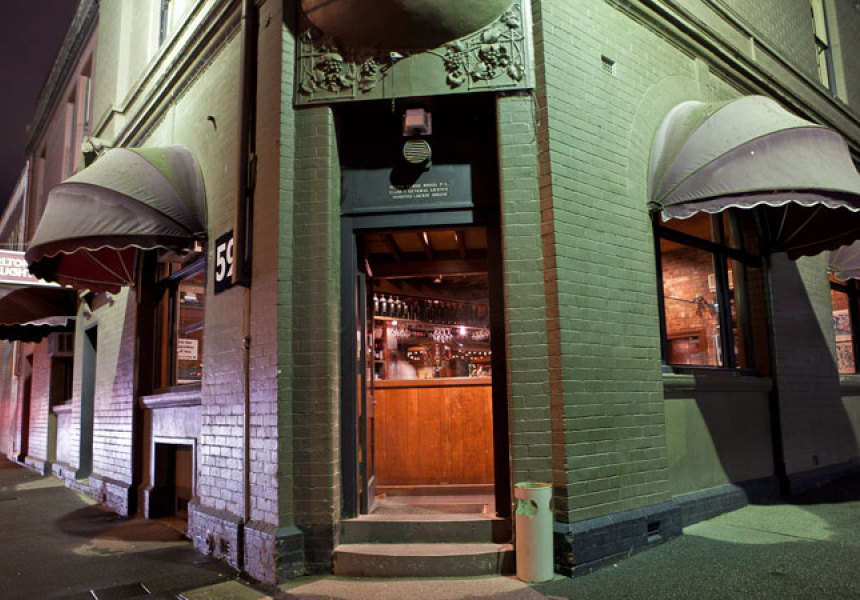 Built in 1869, The Vine Hotel in Collingwood has always been a burly pub serving steaks, local beer – Carlton Draught on tap – and big reds. Chef Ron O’Bryan, who was executive chef at Church Street’s Enoteca for five years and has been on the pans at NorthSouth and The Rising Sun while looking for his own place, has bought the business with his wife, front-of-house manager Kirsty.

The O’Bryans bought the business from Peter and Jackie Milesi, who have run the place for the last 33 years, and because of the Milesi’s longevity and loyal following, the new proprietors have moved into the business very gently while planting their own subtle touches over time. The Vine keeps the steaks on the past menu, but augments the menu them with some fresh fish dishes. Expect some old-school dishes too, like brains and bacon, lamb’s fry.

In the tradition of ‘If it ain’t broke don’t fix it’ O’Bryan is working in the kitchen with current head chef Thomas Scott, exploring new ideas while also focusing what the regulars enjoy.

While The Vine has not traditionally been really been a place for local residents, as it hasn’t been open at nights or weekends, the O’Bryans have opened the hotel for dinners on Thursday and Friday nights.