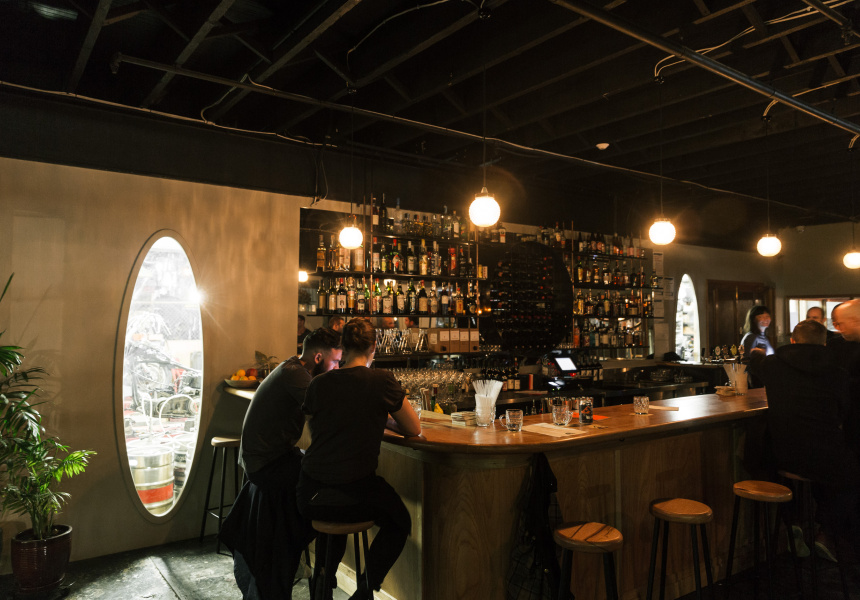 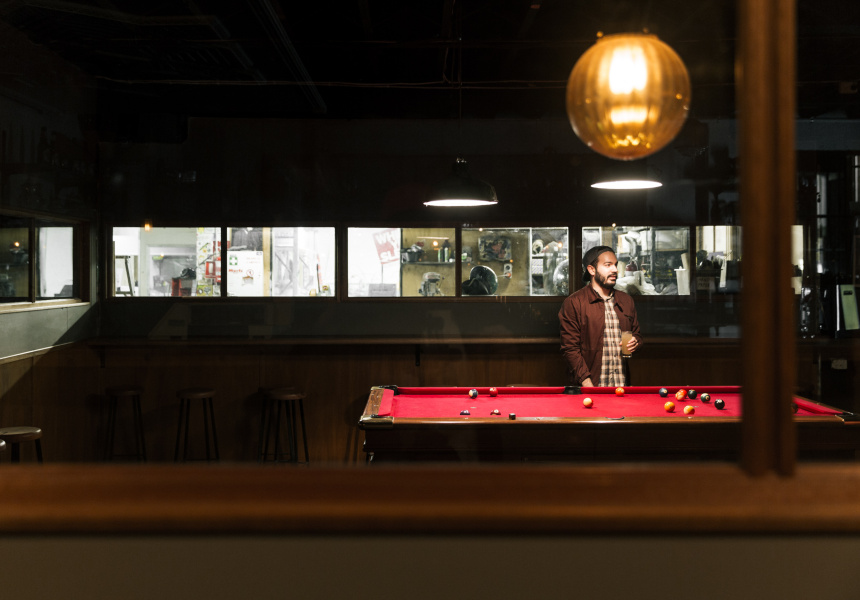 Paradise Alley is inside a large Collingwood share-space warehouse on Easey Street.

Owner Laura Twomey (ex-City Wine Shop, French Saloon) has managed to keep much of the original spirit of the old warehouse intact.

A pair of gates opens into a narrow, colourful, slightly dank alleyway that leads to the entrance through the side of the building. The alley is also a 35-seat beer garden, watched over by a large nude mural, and a row of sneakers hanging from an overhead pipe.

Most of the fit-out was built from scratch, such as the Victorian ash timber bar, the intricately welded steel and copper drinks display and the booths in the slightly divey 25-seat pool room.

Paradise Alley inhabits the space with several other businesses, including the upstairs Backwoods Gallery.

Food, which you can order from the behind the bar, is available from the neighbouring Little Latin Lucy, on the other side of the warehouse. Renee Trudeau (previously Huxtable, Clever Polly's, Gertrude Street Enoteca) cooks up South American street dishes such as lamb ribs that are marinated in spiced mole and smoked for around five hours. And cured and smoked duck tacos served with grilled pineapple salsa and slow-cooked onions in tortillas from La Tortilleria.

The house red, a 2015 Casale Giovannino sangiovese, is unapologetically served from a box either by the glass or – even less apologetically – in a one-litre beaker.   Paradise Alley holds pub-night activities. Wednesday night is meat-tray raffle night ($5 puts you in the running for a $300 mix tray from Meatsmith), with proceeds going to local charities.