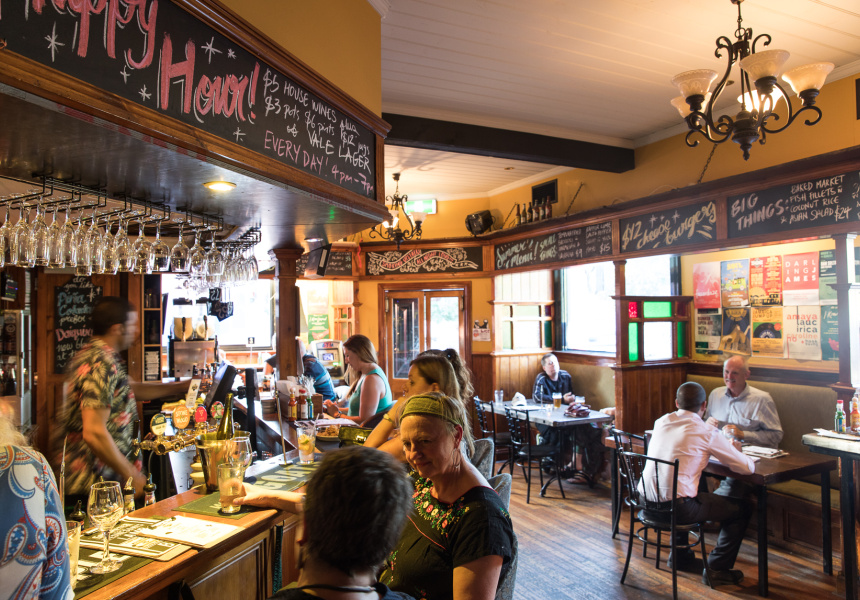 When The Gasometer became insolvent and suddenly closed in 2013, it seemed like another blow against live music in Melbourne. The bluestone pub was a crucial pillar of the scene, hosting gigs seven nights a week.

Thankfully Shannon Vanderwert (of The Post Office Hotel in Coburg) and Clint Fisher (the Retreat Hotel in Brunswick) stepped in. They knocked down a wall to open up the band room and put down new carpet. Better yet, they installed a pounding Nexo PA system and sound desk.

The Gaso re-opened in 2014 and continues to play a pivotal role in supporting music (and the occasional stand-up act) all week long. Its 350-patron band room is one-of-a-kind, with a retractable roof allowing it to host open-air gigs. There’s also a mezzanine level, which offers a great vantage of the stage.

Like any respectable pub, there's a no-fuss menu featuring several burgers, a parma, a curry and other filling classics. Likewise the beer selection doesn't rock the boat too much. Mountain Goat Steam Ale and Stone & Wood Pacific Ale are popular pours.