Training Wheels Almost Off for oBike

No docks and no chains, it’s all controlled via a mobile phone app. 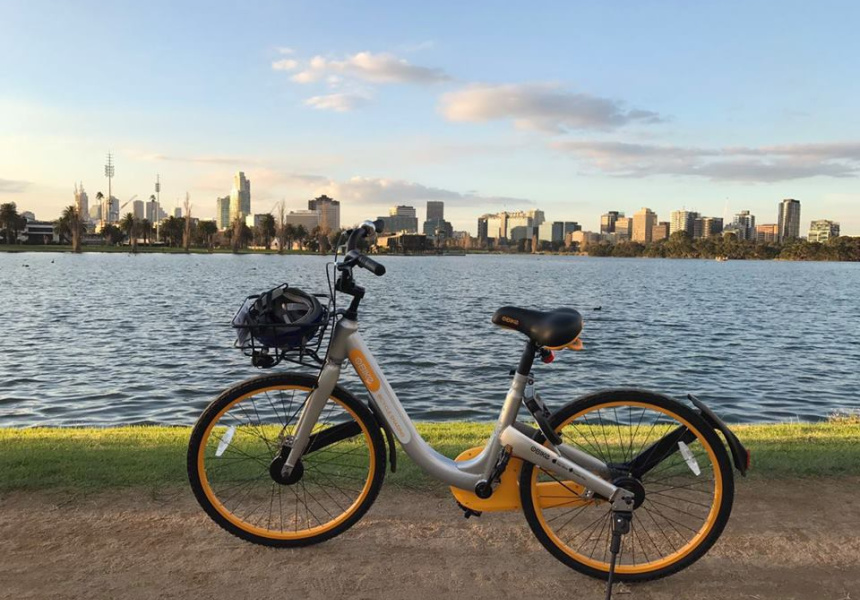 A new challenger has entered the “Tour de Melbourne”, in a fleet of high-tech yellow bicycles. And they’re available for everyone to use. Originating in Singapore and living up to the country’s reputation for futuristic efficiency, oBike has fully embraced the digital age, channelling bike hires through a smartphone app. So, how does it work?

Each bike is accessed remotely via the aforementioned app. Once downloaded, the user signs up to an account that then allows them to locate the nearest oBike. A QR code is scanned to unlock the oBike, and you’re off.

Cyclists will have to manually lock the oBike once they’re done – but unlike the blue Melbourne Bike Share service, oBike’s can be left at any designated bicycle parking location. During peak times, this could prove a problem for bike owners who already find it hard to secure a space.

oBike also relies on a self-regulating system through which users can earn credit for reporting faulty bikes.

The company successfully launched in Singapore 12 months ago. However, Melbourne could prove to be a challenge. When Melbourne Bike Share launched in 2011, it had only 13,000 riders after a year in service according to RACV general manager, Gordon Oakley. This number was significantly lower than the target of 25,000 riders per month.

Difficulty in finding helmets was a significant reason for the slump although, since 2011, Melbourne’s Bike Share has introduced helmet retailers where riders can purchase a helmet for $5.

For oBike, helmets will be included as part of the service, although it is unclear how the helmets are attached to the bicycle and whether a fee will be charged for their use. oBike is hoping to mirror its Singaporean success with an official launch later this year. For now, Melburnians are free to trial several hundred oBikes available throughout Melbourne’s CBD as part of a pilot test.