Even the drivers aren’t happy about it. 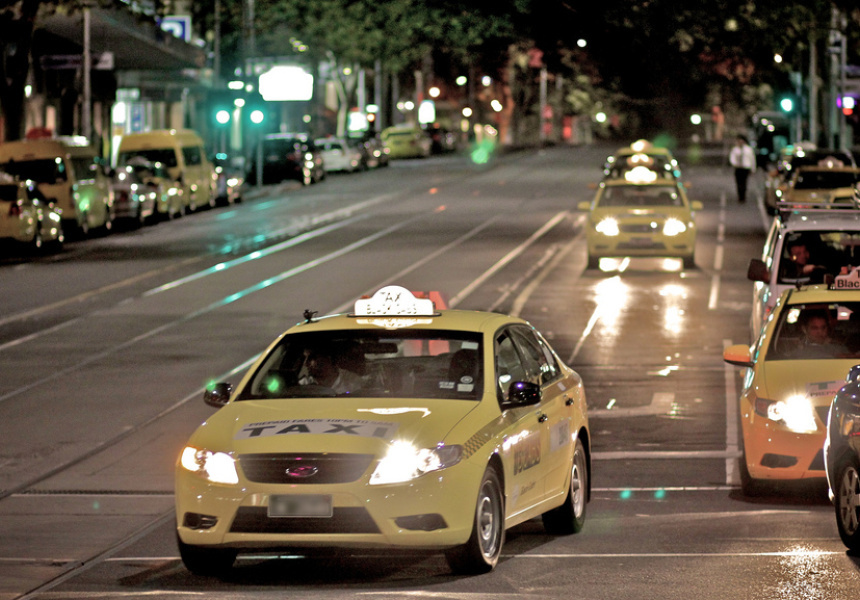 Between the hours of 7pm and 4am on Friday and Saturday nights, and public holiday eves, taxi passengers could be charged an extra $10 to travel. This is on top of the existing $2 standard booking fee, and $6.20 flagfall.

So book a cab after 7pm on a weekend and you could be charged more than $18 before you’ve gone anywhere.

This surcharge was recommended by the Essential Services Commission (the independent body responsible for setting maximum cab fares) in a report released on Tuesday.

The review of cab operations around Melbourne, Geelong, Ballarat, Bendigo and the Mornington Peninsula found the number of taxis on the road began to decline after 7pm on a Friday night – about the time more people were looking to use them.

The ESC believes the surcharge will encourage more drivers to work during these peak times, which will mean more cabs on the road, and an improved service overall.

Some drivers aren't so sure.

“I think it’s very bad. It’s a lot of money,” says one taxi driver we spoke to, who wished to remain anonymous. “Ten dollars is five kilometres of driving. We don’t need any extra."

He said that in his recent experience, the problem was a lack of passengers, not a lack of taxis on the road.

“Most of my night is spent waiting for fares. There’s not enough passengers, because of Uber. On the weekends it’s especially difficult. It used to be that after midnight on a weekend there were people everywhere hailing a cab. Now after midnight there’s no one.”

Victorian Taxi Association CEO David Samuel says, "The VTA has been arguing for greater pricing independence with the emergence of new competitors. There's genuine competition on the market and we need the ability to be able to reflect changed in demand and supply through pricing."

"In terms of the $10 booking fee, we'll look at that like we will every other option that the ESC has presented."

The VTA is not involved in the decision-making process of this proposal.

A final decision is expected from the ESC by June 19.

A previous version of this article incorrectly stated that the surchage was proposed by the VTA. This has been updated.