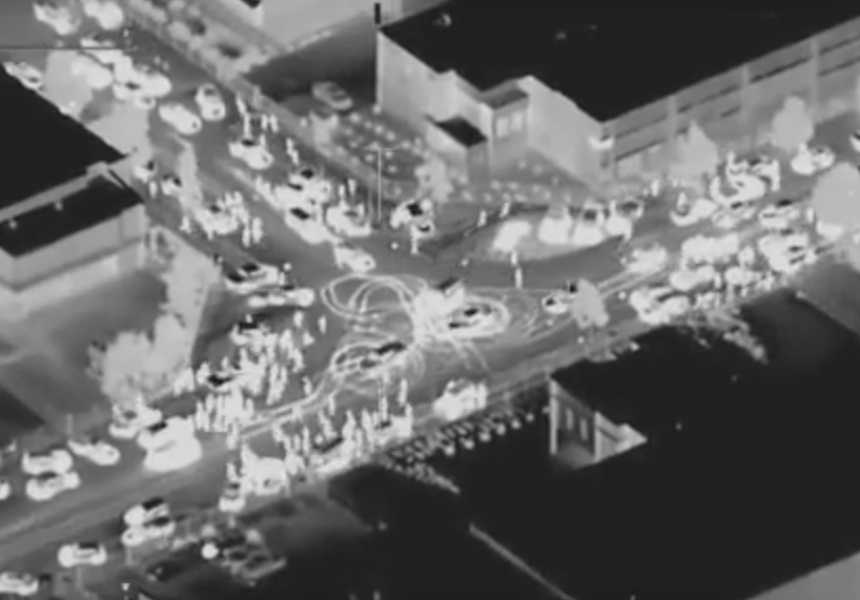 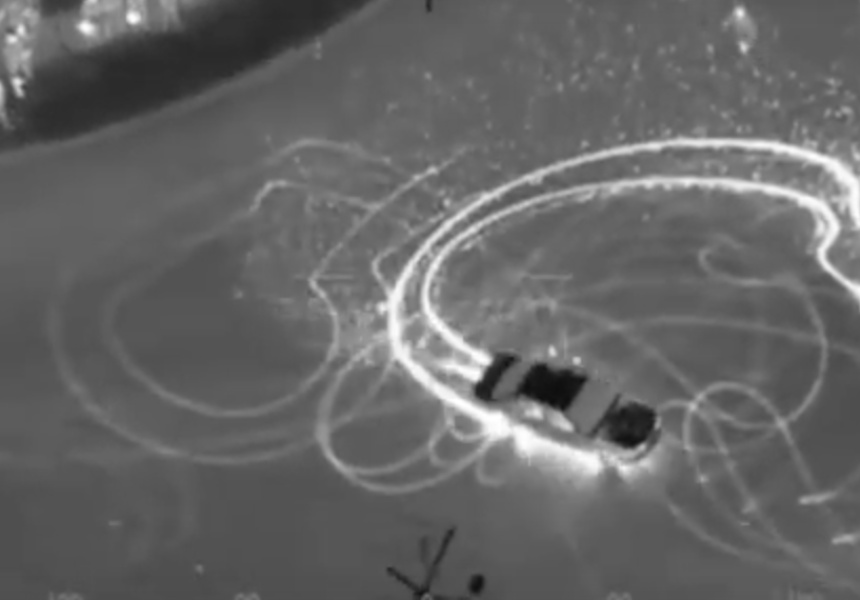 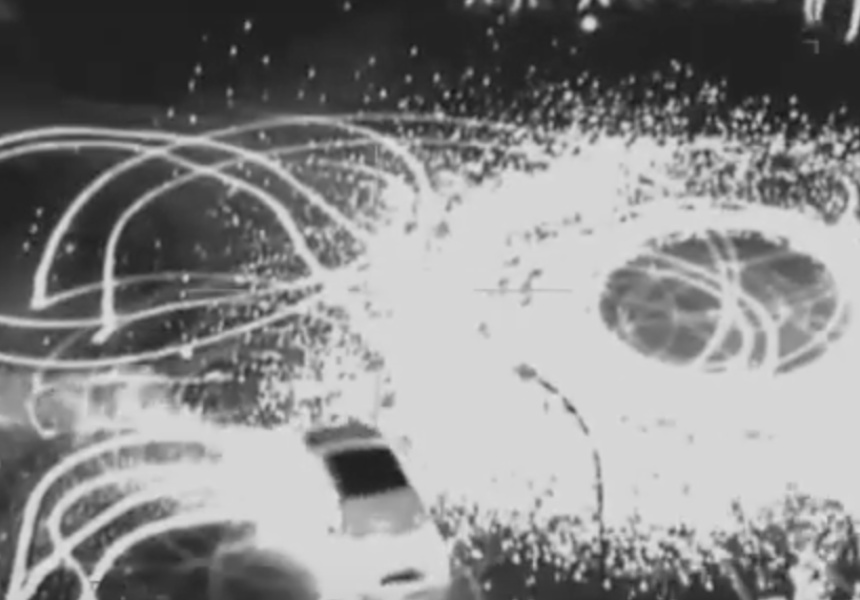 What is it about fast cars that make people want to drive in circles and burn through their tyres?

Today Victoria Police released footage collected by Taskforce Afectar, an anti-hoon taskforce (and not a group named after a Pokémon) that’s dedicated to stamping out a growing number of “organised hoon meetings across Melbourne’s north west”.

The black-and-white aerial footage shows groups of individuals doing things with fast cars they’re not supposed to do.

Three men aged between 23 and 26 have been arrested since Tuesday – one of whom was charged with reckless conduct endangering life – on top of a further seven in recent weeks. Four of those individuals have been charged, three are on remand and the fourth has been released on bail. Seven vehicles have been seized.

This could simply be seen as edited surveillance footage of an illegal activity, but as the film-negative style rubber remnants on screen slowly layer on top of each other, it’s hard not to be mesmerised by the footage. Has Taskforce Afectar inadvertently entered a work into the canon of surveillance art? Has the Hoon Collective hijacked the very system designed to repress it? It’s abstract expressionism for bored kids. Pollock for the pavement.

Chinese artist Cai Guo-Qiang detonates fuses that trigger explosions of gunpowder across specially made sheets of paper. Is this act of destruction an examination of the relationship between matter and energy? Are the charred remains timelines of transformation, where chaos is tentatively harnessed through pure human creativity? Or has he simply found a way to get paid to blow stuff up?

Only time will be able to judge the true artistic value of the Melbourne hoon footage. For now just stare into the abyss, and marvel at its beauty. And for goodness sake get David Walsh on the phone.