More Major Road Closures on the Way for Melbourne 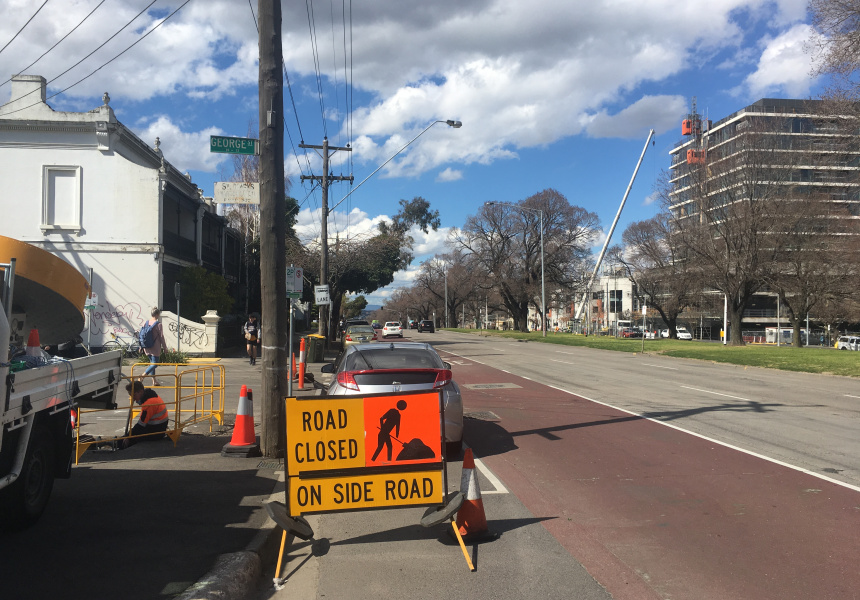 On September 21, just five days after Nicholson Street is due to re-open after a chaos-causing closure for tram stop upgrades, commuters will face a fresh round of roadworks on a major traffic artery.

The M41 water main runs from Northcote to East Melbourne and supplies drinking water to more than 350,000 residents and businesses. But it’s almost 100 years old and is spouting leaks, so it needs replacing.

To accommodate works, there’ll be closures along sections of Victoria Parade.

From 9pm Friday September 21 to 5am Monday September 24 Victoria Parade’s eastbound lanes will be closed to all vehicles, including cyclists and buses, between Napier and Gore streets, including the George Street intersection.

Parking will also be affected: there will be no on-street parking or vehicle access available within the construction zone. This includes vehicle access to driveways.

Crews will be working 24 hours a day to complete construction. Residents should expect dust, vibrations, machinery noise and light towers directed towards the construction area at night.

There will be no disruptions to Yarra Trams services, but some bus services will be affected.