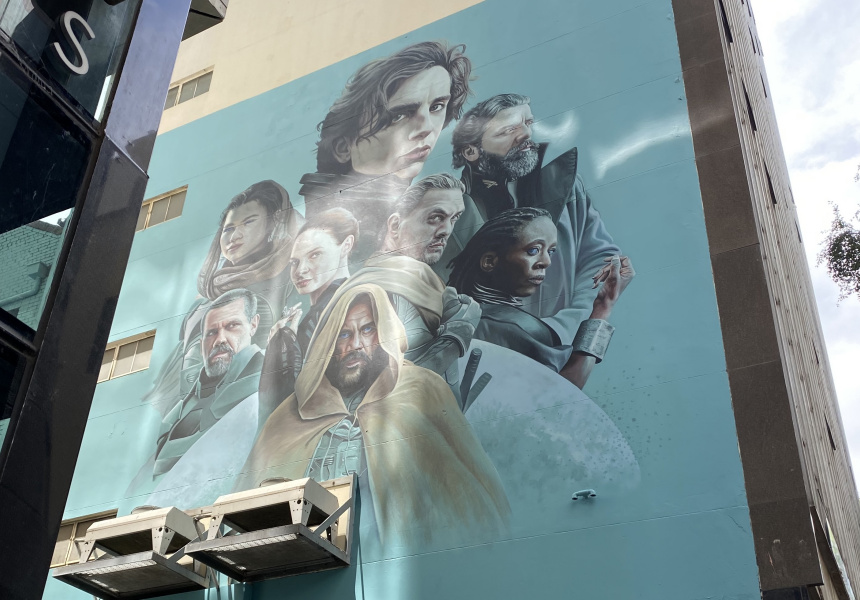 A metres-high mural of Timothée Chalamet – the chisel-jawed, sometimes-brooding, notoriously-peach-loving actor and internet sensation – has appeared on Caledonian Lane in the CBD.

Executed by local outdoor ad agency Apparition Media, the artwork is to coincide with tomorrow's Australian release of his latest film, Dune – Denis Villeneuve’s sci-fi epic, adapted from a 1965 novel of the same name.

Chalamet is depicted on a light-blue backdrop, in character as the film's protagonist Paul Atreides – a man born with an out-of-this-world destiny, who has to journey to a dangerous desertscape of a planet to secure the future of his family and his people.

The entire city laneway is Dune-dedicated, though. Alongside the Chalamet mural are similar ones featuring his co-stars, including Zendaya, Aquaman himself Jason Momoa, Oscar Isaac and more.

Find the mural on Caledonian Lane in the CBD.