Sydney to Melbourne High-Speed Rail Back on the Table

A $200 billion proposal claims not to cost us a cent. 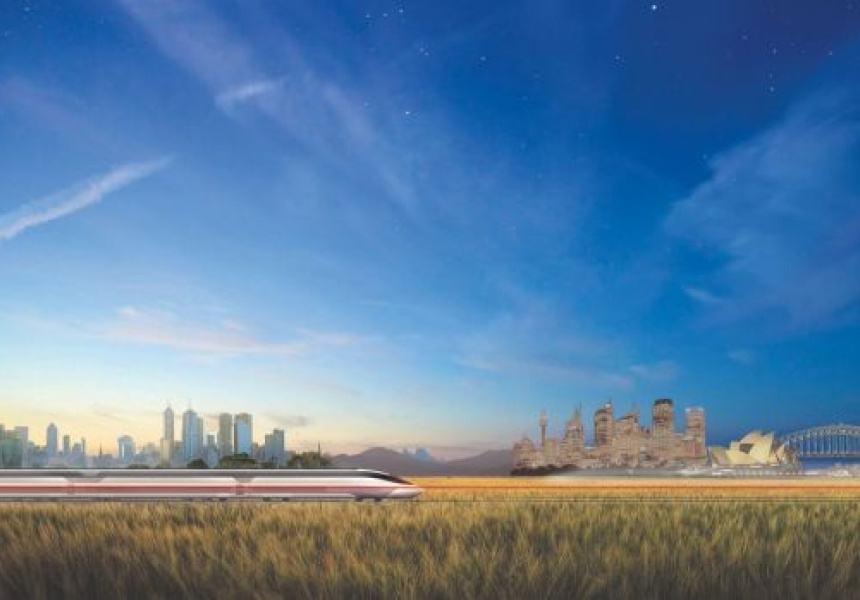 As of last night, you may have started hearing new plans for a high-speed rail between Sydney and Melbourne. It’s a story we’ve heard before, many times, for many years, but the latest iteration is particularly enticing.

Sydney to Melbourne in under two hours.

Bob Hawke championed a similar project in the 1980s, but according to reports by the ABC, no plan has come as close to reality as this new one. An organisation called Consolidated Land and Rail Australia (CLARA) has publicly released a proposal to build a rail link that would include eight stops and plans for entirely new regional cities along the route. CLARA has already bought half the land it needs for the project, and has an advisory board featuring no lesser lights than former premiers Steve Bracks (VIC) and Barry O’Farrell (NSW), and former trade minister Andrew Robb.

Prime Minister Malcolm Turnbull is reportedly across CLARA’s plans, but for all the cheerleaders on the sidelines of high-speed rail, there are just as many critics.

Writing in Crikey over many years The Urbanist editor Alan Davies has consistently slammed the idea, and yesterday both The Age/SMH and The Australian took the plan to task for its lack of detail and what The Australian’s Sarah Martin called the “believability hurdle”, due to decades of failed attempts.

But as former premier O’Farrell told Martin, “I think this is a project that will happen in Australia, and it is just a timing issue. You are talking about the third-busiest air route in the world … this proposal is viable because it is taking into account the corridor between Sydney and Melbourne and the development opportunities through regional development that will help fund and support the infrastructure for fast rail.”

It’s a tantalising idea, not least because cars are the largest single contributor to climate change in the transportation sector, and flying is the single worst thing we contribute to our carbon footprint.

But whatever you do, and whatever side you’re on: don’t get too excited. The project is expected to take between 20 to 35 years, and while Bracks joined O’Farrell in saying the project will happen, he also hedged his bets, telling the ABC “it obviously needs cooperation and approval for it to proceed”.

As Sydney and Melbourne struggle with urban sprawl, the idea of new cities (six in NSW, two in Victoria) connected to our nation’s largest population centres in under an hour, is an intriguing one. Of course, it raises many questions, not least of which: who will live in these cities? And who will fund their creation?

Watching CLARA’s utopian promo reel, which features John F. Kennedy, swelling strings and computer-animated dreamscapes, and which promises no less than cities “built to unlock all human potential”, you’re left with the feeling this will be a fascinating story to watch play out.