The State Library Has Finally Reopened After Its $88.1 Million Revamp

There are two cafes, multiple study nooks, a co-working space for new start-ups, and a two-storey structure kids can climb on. Plus, the Ian Potter Queens Hall, off-limits to the public for 16 years, is now a reading room. The whole thing is free to access, too. 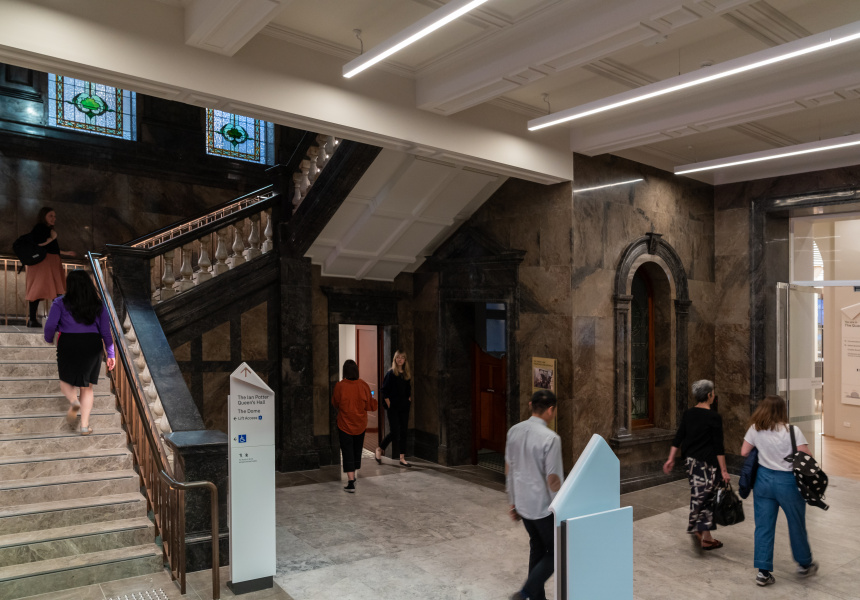 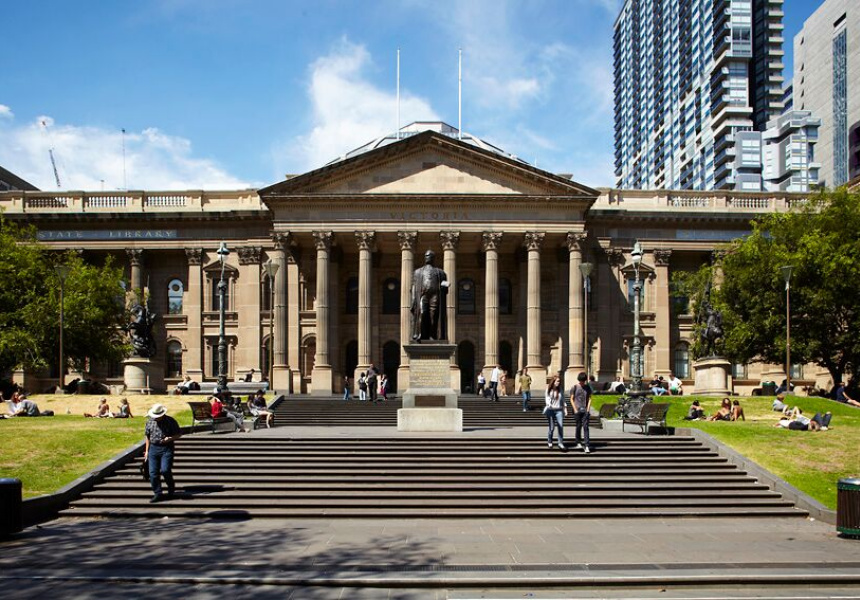 The 163-year-old library, which faces onto Swanston Street and occupies an entire city block, has added new spaces, new seating and new facilities as part of a mammoth $88.1 million overhaul. All of which the Melburnians can access for free from today.

Some of the most significant changes are to the Ian Potter Queens Hall, a space that’s been closed to the public for 16 years. The hall, an original feature of the 1856 library, and has been fully refurbished and reimagined as a reading room by day and function space by night. An ornate skylight that’s been out of service since the 1960s has been re-glazed, allowing natural light to flood the long space during the day.

The library complex comprises 23 separate buildings, so the architects behind the renovation, from Melbourne design studio Architectus and Danish architecture firm Schmidt Hammer Lassen, tried to create a continuous and cohesive journey throughout for its two million annual visitors.

The main entrance foyer has had a tech-y update, so you can quickly find out what’s on, and there’s now 40 per cent more floor space and 70 per cent more seating inside – which is good news for anyone who’s ever hustled for a spot during SWOTVAC.

“It’s such a beautiful sequence of spaces; quiet, active, cosy, grand. You can find any kind of space and have a special time at the library,” Ruth Wilson, the project’s principal architect and director at Architectus, told Broadsheet in October.

Wilson worked closely with Heritage Victoria and Andronas Conservation Architecture to ensure the changes to the library’s other heritage spaces would “reveal history, not replicate it”. In the Queens Hall, walls have been delicately stripped back to reveal the original decorative paint scheme rather than add a new layer. Some parts might look unfinished, but that’s all part of the designers’ intent.

The library’s most iconic feature – the domed La Trobe Reading Room – is largely untouched, but an original marble stairway has been reopened, giving visitors access to its upper levels.

There are four new quarters in the library. The Ideas Quarter is a dedicated co-working space for early-stage start-ups and small businesses; the Conversation Quarter is a state-of-the-art public forum for lectures, conferences and workshops (with the capacity to live stream to other libraries and public facilities around Australia); the Create Quarter has spaces for group work and school programs, with a calendar of pop-up talks and events; and the Pauline Gandel Children’s Quarter is a two-storey structure kids can climb in, on or around.

There are two on-site cafes for anyone needing caffeine or brain food, and those keen to learn more about the library’s long history can take a free dome-to-catacomb tour, which can be booked online.