This underground rail network connecting Melbourne’s suburbs is being billed as the “biggest transformation of public transport in Australia’s history”. 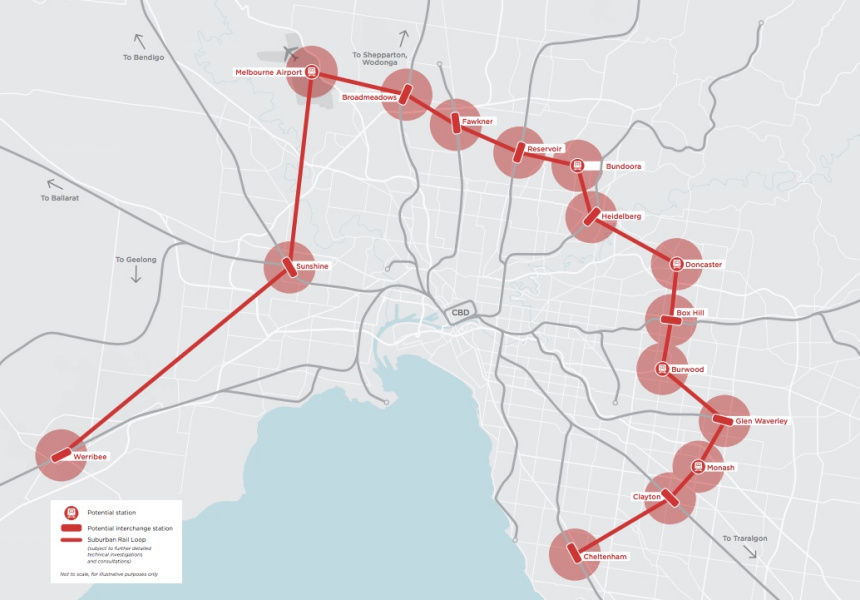 Victoria’s state government has pledged to build an ambitious $50 billion suburban rail loop if its re-elected at November’s election. Premier Daniel Andrews announced the plans on Facebook on Tuesday morning.

The Suburban Rail Loop would also link up to the proposed Melbourne Airport Rail Link, another election promise from the Andrews government.

Billed as the “biggest transformation of public transport in Australia’s history”, the government says the line will carry about 400,000 passengers per day when it’s completed in 2051. The government also says that when the project is completed it will add 150,000 new public transport services to the network and remove 200,000 car trips from major roads. The project is also expected to create about 20,000 jobs.

Planning on the project will begin in 2019 and construction will start in 2022 if the project goes ahead. The Age reports the first stage will be a 25-kilometre section between Cheltenham and Box Hill that will take around a decade to complete.

The Age also reports that Infrastructure Victoria favoured a different underground rail link connecting Newport and Clifton Hill via Fisherman’s Bend. And that it is yet to recommend or consider the new Suburban Rail Loop proposal.