The installation arrives ahead of the release of Star Wars: The Last Jedi next week. 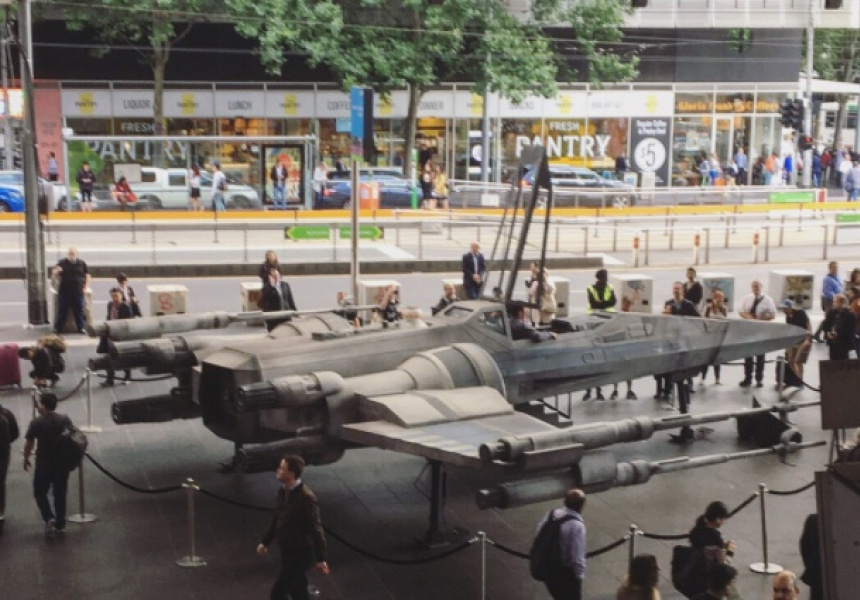 A “galaxy far, far away” got a little closer on Thursday morning when a full-size Star Wars X-Wing Fighter appeared at Southern Cross Station.

“Size matters not,” said Jedi master Yoda in The Empire Strikes Back. In this case, the little green guy was wrong, The 1:1 replica caused a peak-hour stir when it took over the corner of Spencer and Collins Streets.

Passers-by got a chance to climb into the space ship’s cockpit.

Star Wars: The Last Jedi – the eighth film in the main saga – opens next week.

Gotta jet. Sometimes I love the promo stuff they do at Southern Cross Station @Wanderlustin pic.twitter.com/4ClyFRDb4b