We’re not doing great so far. 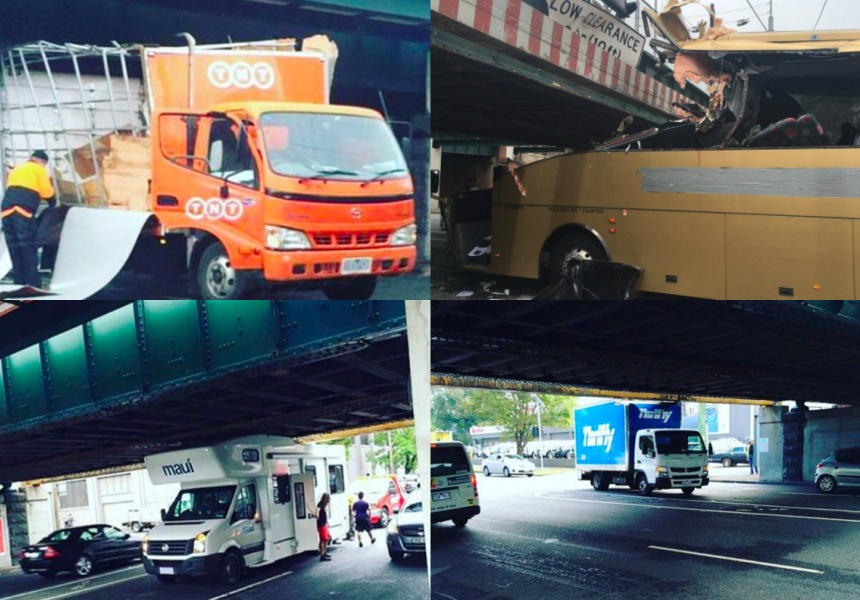 Look, let’s be clear. Traffic accidents aren’t funny. But the frequency with which large vehicles repeatedly misjudge its height and smash into the Montague Bridge in South Melbourne is a local news phenomenon.

It’s currently sitting on a count of two days, after a truck was separated from its trailer on Tuesday.

According to Huffington Post Australia, the three-metre-clearance bridge has claimed five victims in 40 days. The worst incident of this year was when a tour bus slammed into the bridge, trapping passengers for close to an hour. Fortunately, no one was seriously hurt.

The bridge has been hit nearly 100 times in the past six years.

According to 9 News, Premier Daniel Andrews said earlier this month that a new gantry would be in place by today. But only yesterday VicRoads admitted construction wouldn’t be completed until late May.