As of Tomorrow, Smoking in Outdoor Dining Areas is Banned in Victoria – What Does That Mean for You and Your Favourite Venues?

It’s the biggest change in Victoria’s smoking laws in 10 years, and also includes a ban on smoking at food fairs, street festivals, school fetes, sporting events or markets where there are food stalls. 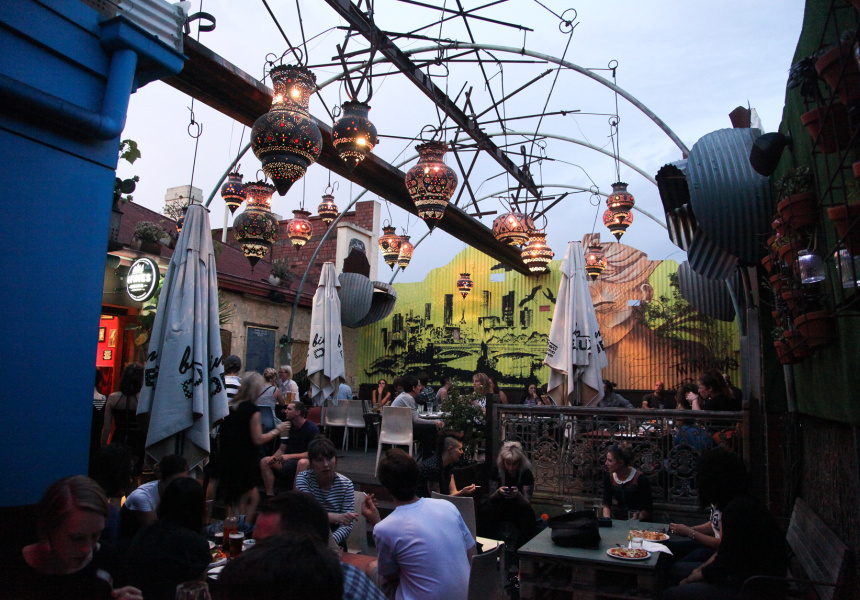 From August 1, smoking in outdoor areas where food is consumed will be banned. The new law applies to restaurants, cafes, pubs and beers gardens, as well as footpath dining where food (other than snacks such as chip packets) is being served. The smoking ban also extends to fairs and organised events such as festivals, and sporting events where there are food stalls.

It’s a move that is widely supported by Victorians. In a 2014 Cancer Council Victoria Survey, 73 per cent of respondents disapprove of smoking in outdoor dining areas.

But what exactly will the ban entail, and what run-on effects will they have for Melbourne hospitality operators?

The new laws – an amendment to the Tobacco Act 1987 – were announced in 2015 by the Victorian Government in an effort to curb the effects of second-hand smoke and to de-normalise smoking.

“From August 1, everyone will be able to enjoy meals outside, in fresh air and free from the deadly dangers of second-hand smoke,” Health minister Jill Hennessy said in a statement last week. “The evidence is clear. Second-hand smoke puts the health of non-smoking diners at risk.”

The ban on smoking in outdoor dining areas only applies when those areas are designated for dining. That means if a venue’s kitchen was closed, then smoking would be permitted. It’s on venue owners to decide whether to adopt the system, or ban smoking outright at their venues.

Almost 4000 smoking-related deaths are recorded in Victoria each year. In 2016, that led to healthcare costs and lost productivity of $2.4 billion, the government says. The savings for taxpayers and the benefits for public health are clear, but is that coming at the cost of Melbourne’s famously laid-back hospitality culture?

“I feel like it wasn’t warranted,” says David Frankie Cudmore, promotions manager at the Brunswick Hotel. “It’s a change in the Melbourne culture, which I thought was a lot more relaxed than our northern neighbours. Is it actually going to stop anything? I’m not sure.”

The ban will also lead to issues with crowd management, Cudmore says. “Other venues, which might put a full ban on smoking in their beer gardens, then have the danger of having people out on the street smoking … in any venue you don’t want people out the front because that’s where trouble happens.”

The Brunswick Hotel, which has plans to open a kitchen for its sizable beer garden, is now looking at ways to section their outdoor space to appease both smokers and diners looking to enjoy outdoor areas.

The new requirements for sectioning are simple – outdoor smoking areas must either be four metres away from the nearest dining area, or behind a 2.1 metre-high wall – but accommodating them will be complex. Not all venues have the space to implement these regulations.

“It’s a shocking idea for hospitality,” says Jonathan Collin, owner of North Melbourne’s Town Hall Hotel. “I feel for lots of cafes all around town where you could have a ciggy and a coffee outside – you can’t do that anymore”.

The Town Hall, along with many other pubs, is now considering building costly extensions to their outdoor areas, to cater to all users of its outdoor areas. But Collin points out it’s a more feasible change for pubs to make than rooftop bars. Those rooftop bars, with their limited outdoor real estate, are now at an impasse, he says.

“When they introduced taking smoking from inside to outdoors about 10 years ago, everyone opened rooftop gardens in the city because they had to have somewhere for the smokers,” Collin says. “These venues have to make a decision, are you food or are you smoking?”

Dylan Lockyear is the venue manager at Bimbo Deluxe in Fitzroy, which has a large rooftop that can be sectioned off.

“It will have a definite impact, effectively it means that we can’t do the two at the same time,” Lockyear says. But he believes other venues without the space will lose revenue because of the changes.

“For those who are not in a position to be able to section, they’ll have to redesign their evening trade or perhaps even their day-to-day trade to either cater for smokers or for those who are dining,” says Lockyear.

Victoria is the last state in the country to implement these restrictions on smoking in outdoor areas, and according to Lockyear, they’ve been a long time coming.

“There are negative effects in terms of potential loss of revenue but putting those things aside, we all have a duty of care to look after the whole of society,” he says.

“For those who have allergies to passive smoke and those who have addictions they can’t beat, if there’s an additional incentive for them to quit, then why shouldn’t we back it?” 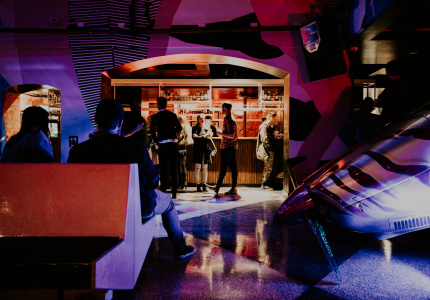