The 20-metre-long mural, by the creator of Melbourne's popular ’90s-style milk bar installation, was conceived as an homage to the late Seinfeld actor Jerry Stiller. We encourage shouting the soothing phrase, as our second lockdown looms. 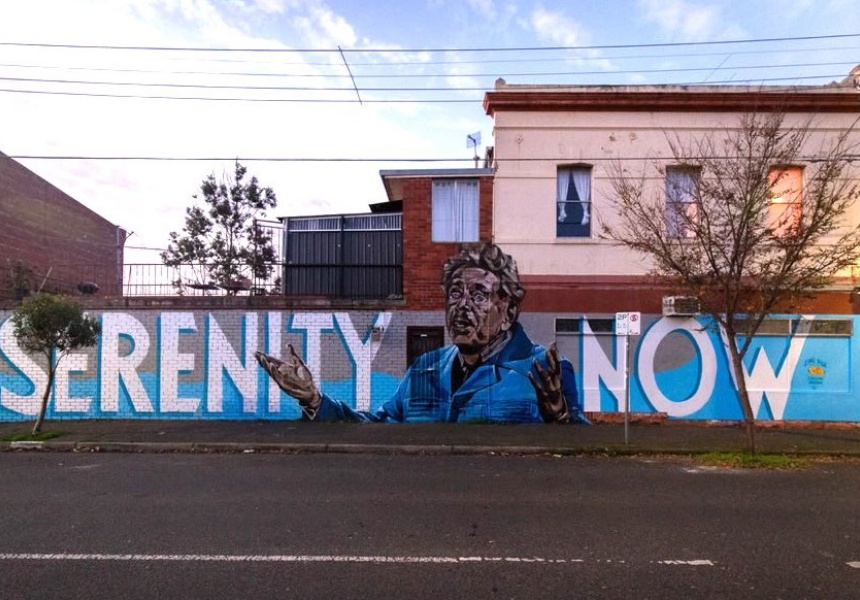 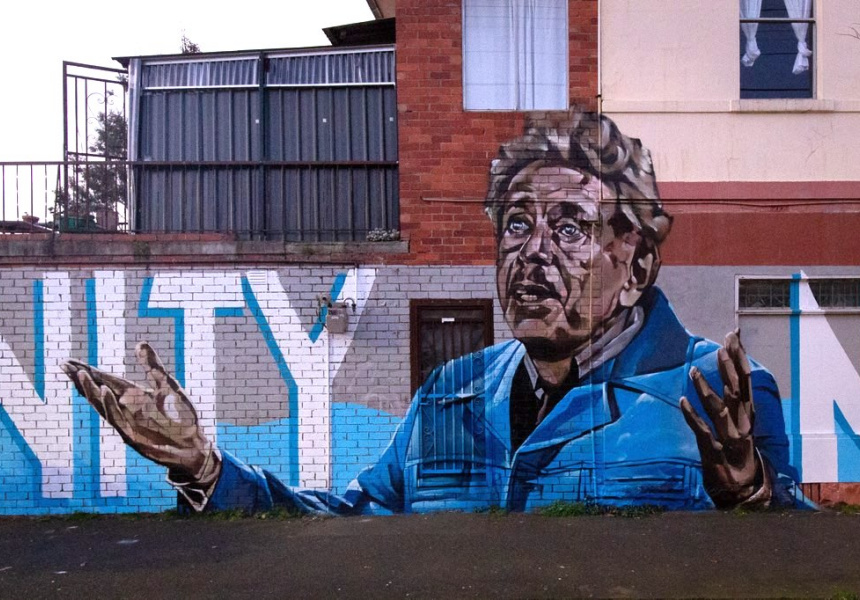 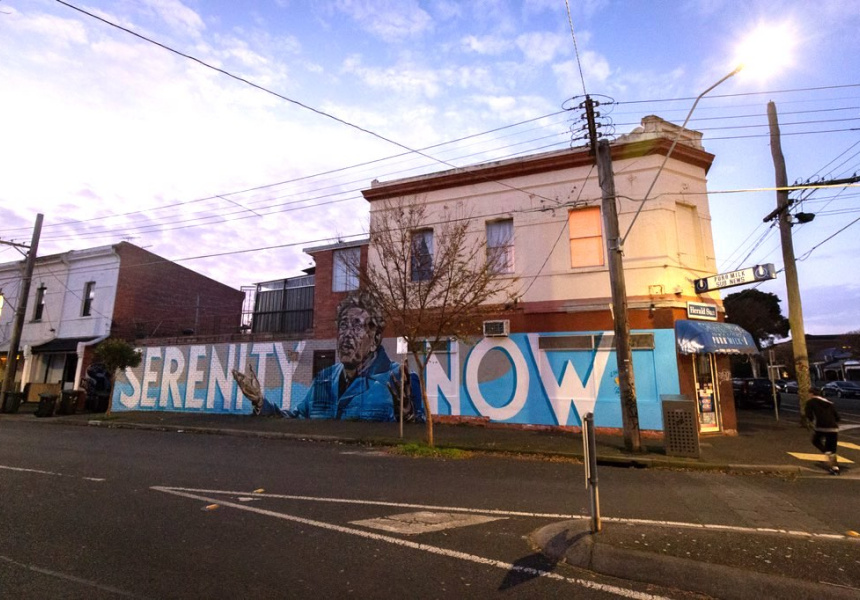 It’s scrawled in huge white-and-blue block letters on the side of a milk bar on Hotham Street in Collingwood, as part of a new 20-metre-long mural by local artist and designer Callum Preston.

In between the two words is a towering portrait of Seinfeld character Frank Costanza (George’s dad – and the character who made the phrase famous) by street artist Ling.

The mural was initially conceived as a memorial for the actor who portrayed Frank, Jerry Stiller, who passed away in May aged 92. The phrase comes from a well-known 1997 Seinfeld episode (“The Serenity Now”) in which Frank is advised to say – and then proceeds to shout – “serenity now” every time he gets angry to keep his blood pressure down.

Stiller brought a hilarious, neurotic energy to the phrase, but it feels freshly (and sincerely) relevant as we return to stage-three lockdown in Victoria.

“I wouldn’t say it’s too deep and meaningful, but it’s definitely appropriate for right now,” Preston tells Broadsheet. “Re-entering lockdown is very important and valid … but [that] doesn’t make it any easier.”

For Preston, this project is a return to milk bars. He’s perhaps best known for recreating one for a popular ’90s-style installation in 2017. He also worked on Rone’s Empire, an ethereal ode to the collision of nature and humanity that took over the Burnham Beeches mansion in the Dandenong Ranges last year.

Under Victoria’s lockdown restrictions, you won’t be able make a special trip to see the mural, but those who live nearby can check it out while exercising – or picking up essentials from the milk bar. 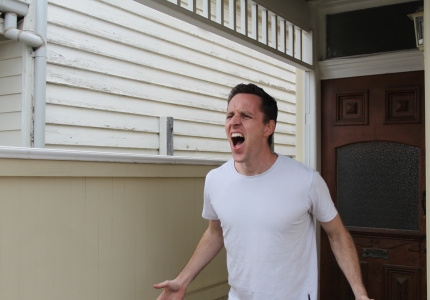