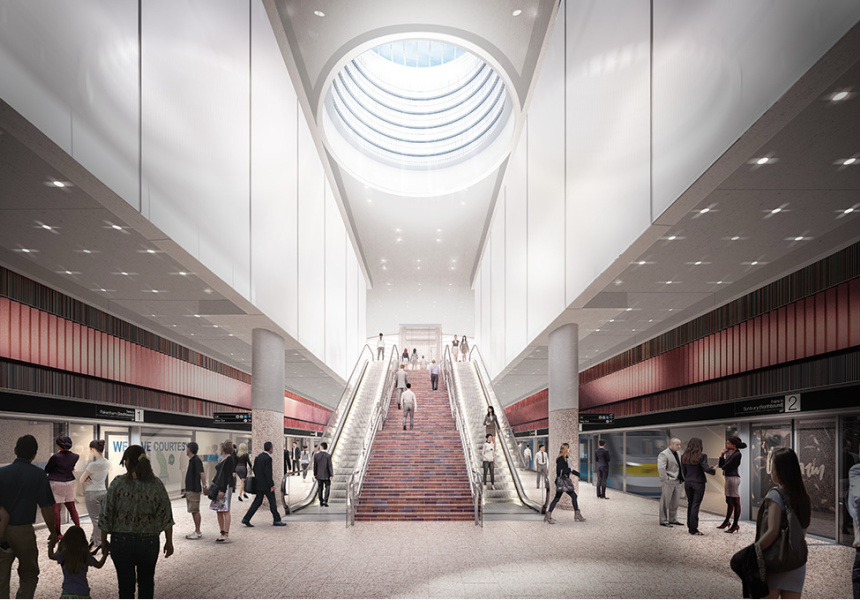 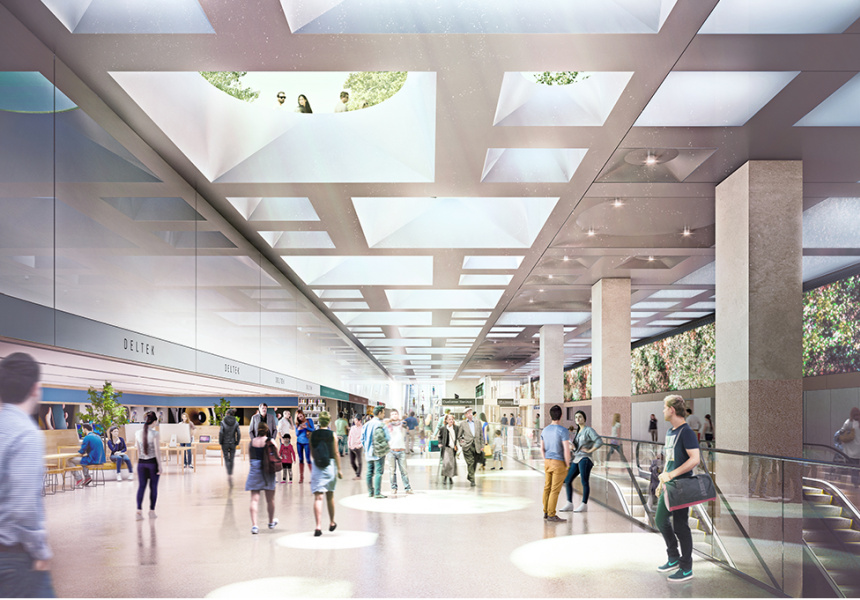 The Metro Tunnel Authority has unveiled its vision for the city’s railway system, due to be completed in 2026.

Artist impressions of the city’s five new stations, as a part of the Melbourne Metro Rail Project, show light-filled open spaces, industrial finishes, clean lines and greenery. Each station is designed to reference its surroundings.

The new North Melbourne station of Arden, located on the corner of Arden and Laurens streets, reflects the suburb’s extensive industrial heritage with clay-brick, timber and bluestone. Brickwork arches and vast oval skylights will brighten the underground space, and screen doors along the platform’s edge will aim to increase safety.

Parkville station will sit below Grattan Street near Royal Parade and feature sandstone, steel, glass and bluestone. The interior will be illuminated by giant glass discs at street level.

The twin CBD North and South stations will be below Swanston Street – one between La Trobe and Franklin, and the other between Flinders and Collins. Underground walkways will link the respective stations between the existing stations at Melbourne Central and Flinders Street. Both will feature public spaces and outdoor dining areas.

The fifth, Domain station, will be constructed beneath St Kilda Road between the thoroughfare of Albert and Domain roads. Its design will reflect the nearby Royal Botanic Gardens – commuters below street level well see a large floating canopy of timber overhead, contrasted by harsh steel and marble.

Cross Yarra Partnership (comprising of Lendlease Engineering, John Holland and Capella Capital) has won the contract for construction – the same group that was set to build the now abandoned East West Link.