There’s even a live stream of the little guys. 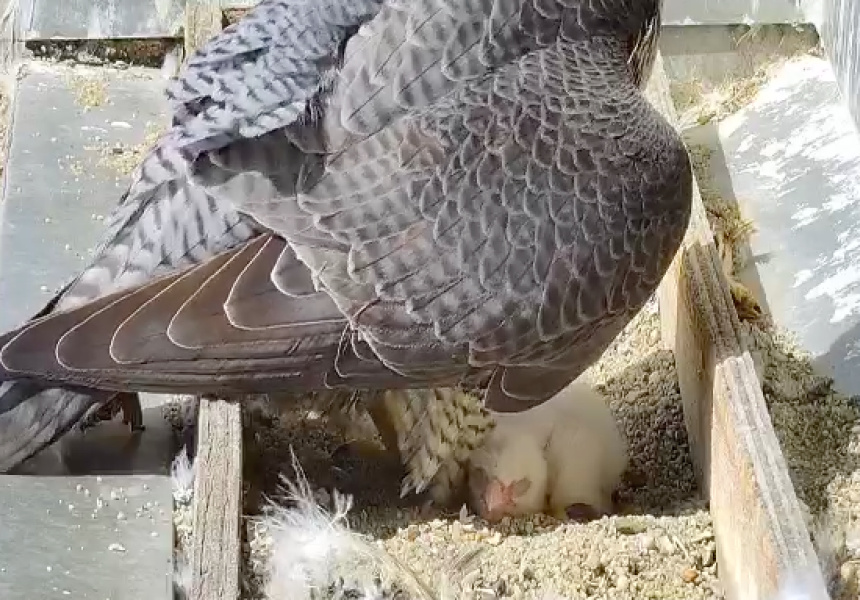 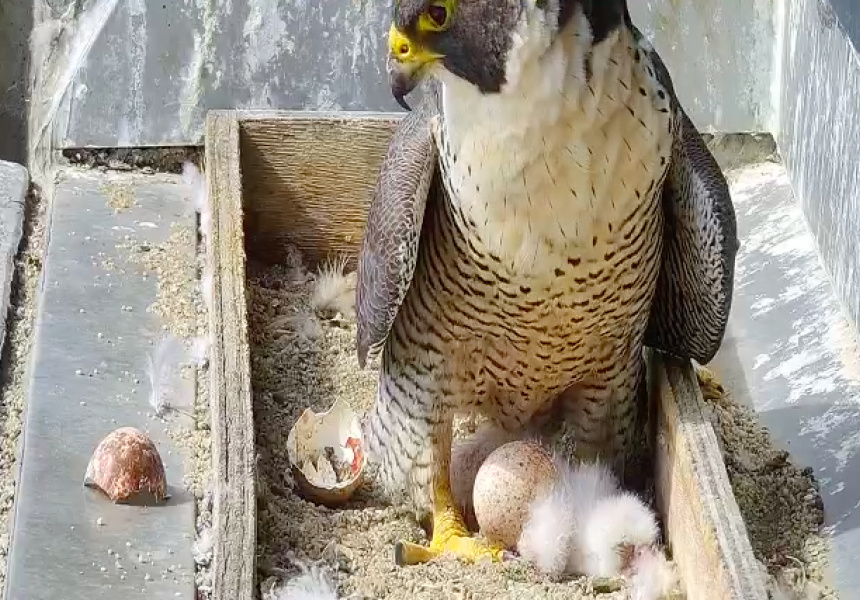 Did you know that a family of peregrine falcons – one of Victoria’s rarest birds – has been nesting on the 35th floor of 367 Collins Street?

The tower is the only nesting site in the CBD, and has been home to the falcons since 1991.

In the early hours of this morning, two baby birds of prey came into the world.

Since mid-September, avid bird-watchers have been waiting for the baby peregrines to hatch, keeping a close eye on the nest via a 24-hour live stream.

The peregrine falcon is a large, powerfully built bird, with the ability to fly at speeds of more than 300 kilometres an hour, making it the fastest animal on Earth.

Sadly, up until the early 1970s the pesticide DDT wiped out large numbers of the falcons. The Victorian Peregrine Project was established to ensure conservation efforts for the birds.

Baby peregrines spend up to four weeks in the nest before they are mature enough to go out on their own. That means that for the next four weeks, instead of doing anything productive, you can spend your time monitoring cute baby birds on the live stream.