The legit-looking, well-padded-out bill includes an Aussie icon (“it’d honestly be the best thing I’ve ever seen”) and an ’80s-disco act that’s “made for Meredith”. And she says it’s not her first correspondence with the festival’s mythical caretaker – there was a corn incident. Rachael Simpson is a mum of a two, one of the graphic designers behind these schoolyard-envy-inducing lunchboxes and a certifiable Meredith fiend.

But after the music festival’s 30th instalment was cancelled in 2020 because of you-know-what, Simpson has tasked herself with curating a very unofficial, almost all-Aussie line-up.

What’s more: she’s already pitched it to Aunty Meredith, the festival’s mythical caretaker – “I sent an email off to Aunty [Wednesday] afternoon with the line-up attached, so we’ll wait and see” – and posted it to a private Facebook group for Meredith and Golden Plains ticket-swapping.

And while penpal-ing with Aunty might seem out of the ordinary, Simpson assures us it’s not her first rodeo. “I email her quite a bit,” she says matter-of-factly. “I usually send her bands I like or ask her if she’s heard of so-and-so. She’s always got witty things to say back.”

“I once complained about the corn – about there being no butter for the corn. And she gave me her mobile number and told me to call if there was no butter [in future] and she’d arrange it.”

This time around, though, there’s more on the line than subpar sweetcorn. “I was just thinking Aunty would be busy with Covid-safe stuff now, so I wanted to help her out,” Simpson says. “I thought, ‘Why don’t I just put together a whole bloody list?’ And now all she has to do is chase down the artists.” Makes sense.

It’s a legit-looking, well-padded-out bill; a mixed bag of Aussie icons and lesser-known acts, with a strong contingent of female (Montaigne, Sampa the Great) and Indigenous (Baker Boy, Miiesha) artists. There’s also a few outliers, including Ladyhawke, from across the pond in New Zealand.

“Meredith always [has] a good eclectic mix, a bit of everything – hip-hop, hard metal, VB pop-rock,” says Simpson. “But with Covid, no one wants to spend money on quarantine – and why should we when we’ve got such great talent here?”

Notwithstanding the lack of international talent, it’s a star-studded roster. But there are three acts she’s particularly excited about: the inimitable John Farnham (“he’s a childhood favourite of mine and it’d honestly be the best thing I’ve ever seen”), Sneaky Sound System (“I always thought [lead singer Connie Mitchell] would rock the amphitheatre”) and the ’80s-disco-dabbling cult act Donny Benét (“he’d be amazing … and doesn’t he just look like he’s made for Meredith?”).

Simpson settled on the final line-up after a roundtable discussion at Preston’s Gold Leaf Chinese Restaurant, during a mate’s birthday dinner. But it was no walk in the park. “I could’ve done three or four of these [line-ups] with others that didn’t make the cut.”

At the time of publishing, Simpson says she had just received a love-your-work reply from the powers that be. 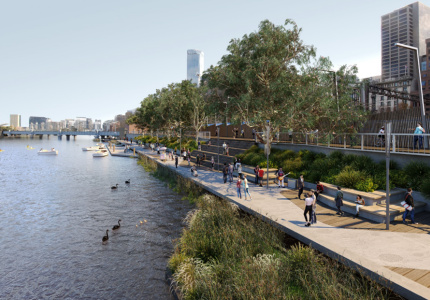 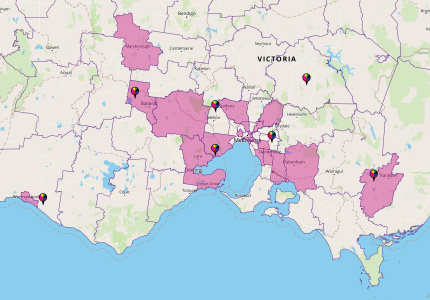