We’re calling it – the world’s most accident-prone bridge is in Melbourne. 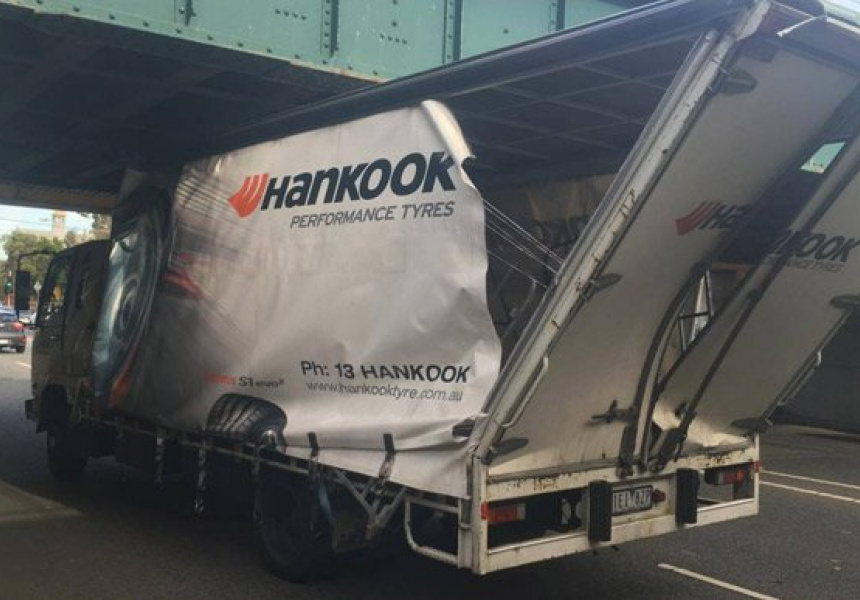 The first truck hit the bridge at around 11am and was separated from a large skip it was carrying.

A second truck crashed into the bridge at around 3pm.

Has anyone got an ice pack? Got a monster headache thanks to yet another jerk driver...

A website that counts the days since the Montague Street Bridge was last hit has been turned back to zero.

The three-metre-high bridge has become a local phenomenon for the frequency in which large vehicles repeatedly misjudge its height and smash into it.

Below is the number of reported incidents in which the Montague Street Bridge has been struck since 2009 (not including 2016). This data is reported to VicRoads from Yarra Trams as it is responsible for operating the bridge.

If anyone ever gets their hands on surveillance footage, that’s more than enough to edit a clip to rival this one in North Carolina: