Melbourne’s Most Dangerous Bridge is Getting Protective Beams Footscray’s Napier Street bridge might not be as famous as its Montague Street counterpart, but the bridge has been struck more than 60 times since 2010, making it the most dangerous rail bridge in Melbourne.

Because of that, VicRoads is making some changes (though not enough to stop trucks from getting pinned underneath). They will be realigning protection beams on either side of the bridge until 3am on Wednesday morning.

The historic protective beams – due to their angle – were increasing the chances of dislodging the containers of trucks.

“The purpose of these beams isn’t to reduce the likelihood of a crash,” says Brian Westley, VicRoads’ Metro North West operations director. “What these beams do is protect the structure in the event that the bridge is struck.”

In the past, when trucks and other heavy vehicles have hit the bridge, containers above the height limit have dislodged, presenting a danger to “not only motorists but particularly vulnerable road users such as pedestrians and cyclists,” Westley says.

Rather than the warning gantry present at the Montague Street bridge, VicRoads is planning on implementing an “IT solution” to the dangers of the Napier Street underpass.

“VicRoads is also upgrading Shepherd’s bridge (which leads to the Napier Street bridge) to improve height detection using a laser … It will pick up an over-height vehicle and direct the driver to exits,” says Westley.

This will warn all heavy vehicles of the dangers of driving under the Napier Street bridge. Shepherd’s bridge works are set for completion later this year.

These combined works are intended to increase the safety of the area. We’ll believe it when we see it. 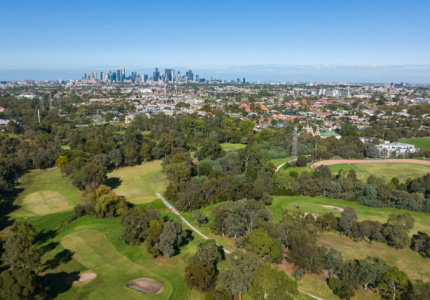 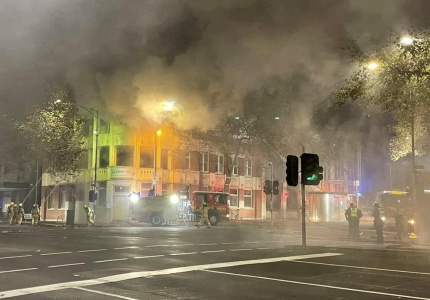