Designed by an acclaimed Thai architecture firm known for its playful, people-focused projects, and employing materials never before used in Australia, the ninth MPavilion will host a bevy of cultural events in Queen Victoria Gardens, beginning in November. 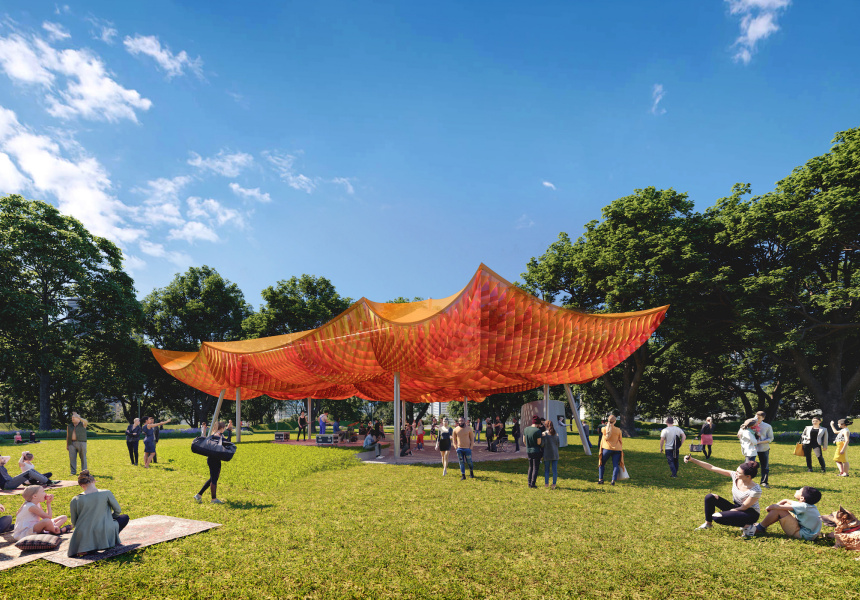 For the last eight years – each spring since 2014 – an architectural experiment has unfolded across the road from the NGV. Open-air pavilions, funded by the Naomi Milgrom Foundation and designed by top architects including Glenn Murcutt and Sean Godsell, have appeared in Queen Victoria Gardens, providing handsome bases for a season of cultural events. Then, come autumn, these structures are gifted to the public, finding permanent homes around the city, from the Hellenic Museum to Melbourne Zoo.

On Tuesday it was announced that this year’s MPavilion, designed by acclaimed Bangkok-based architecture firm Allzone, will feature a vibrant honeycombed canopy made with cutting-edge materials.

Layers of bespoke orange netting and architectural fabrics, including a lightweight mesh by French manufacturer Serge Ferrari (being used for the first time in Australia) will blanket the structure, allowing light and colour to shine through while still protecting visitors from Melbourne’s four-seasons-in-a-day. The execution of Allzone’s concept meant pushing the “limits of the physically and technologically possible,” said Peter Lim, whose company Tensys helped apply the mesh layer.

“We visualised rays of light flickering through layers of leaves that give a very relaxing ambience – like being under a big tree,” Choochuey said in a statement.

Allzone has exhibited at the Guggenheim Museum in New York, the Chicago Architecture Biennial, Vitra Design Museum and the Triennale di Milano. Talks, performances and workshops will begin at the pavilion from November 17.

MPavilion 2022 will be open to the public from November 17 in the Queen Victoria Gardens and run until April 2023. 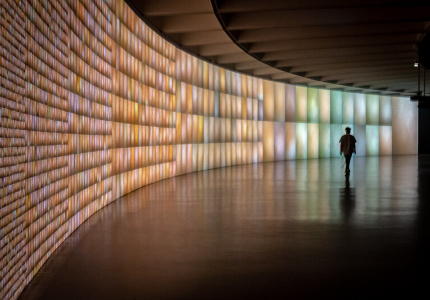