Long-promised safety measures have finally been installed at Melbourne’s most accident-prone bridge. 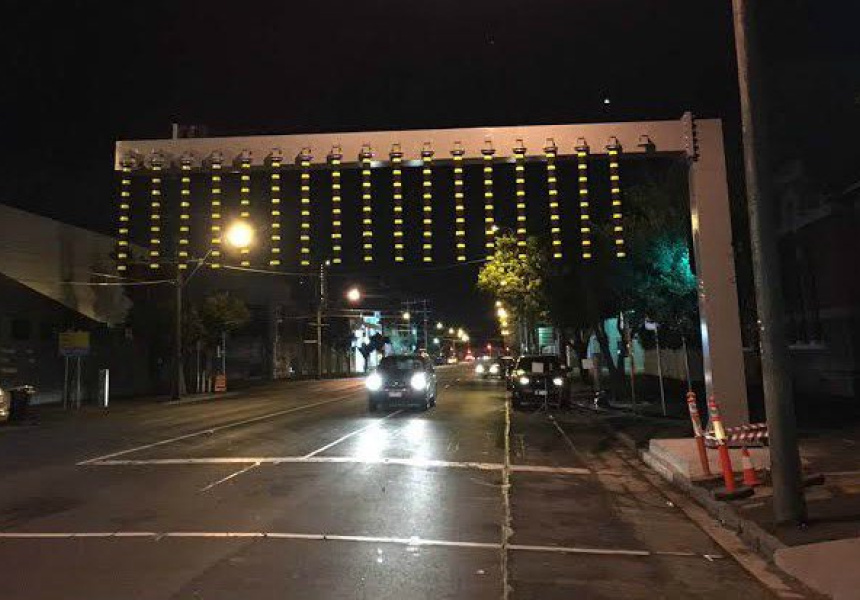 The new safety gantry on the approach to Montague Street Bridge was installed last night. Along with most of the city, we’ve watched in shock and awe as drivers of large vehicles continued to ignore warning signs and slam into South Melbourne’s Montague Street Bridge.

The bridge has a clearance of just three metres, and has apparently been a menace to traffic since 1929 (a recent caller to 774 ABC Melbourne said he’d seen the bridge hit by a truck in that year). Now, its 80-year reign as the city’s most dangerous bridge appears to be over.

The bridge itself is not being raised or altered, but the long-promised safety measures are now in place. A metal gantry with low-hanging reflective paddles now sits ahead of the bridge, warning drivers of the bridge’s height, and hopefully compelling those in command of a large vehicle to make a hasty U-turn rather than plough on.

Montague Street Bridge has been, clearly, Melbourne’s most dangerous bridge for decades, but it has only recently become a media phenomenon, with a website counting the days since it was last hit, and not one but two tribute accounts on social media.

Needless to say, despite being installed less than 24 hours ago, the new safety measures already have their own rival Twitter accounts, @MontagueGantry and @MSB_paddles (and they’re already feuding).