But will the new design make it onto a T-shirt? 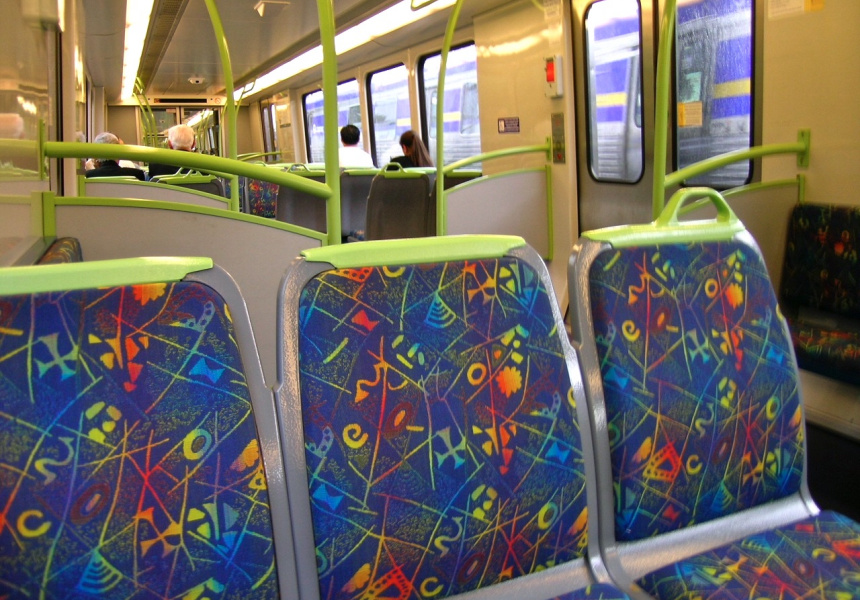 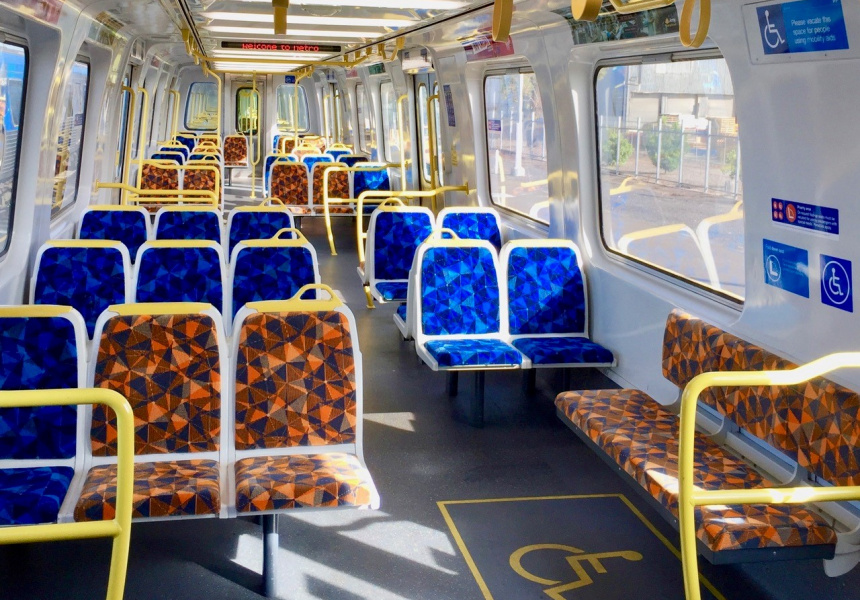 If Melbourne’s blue and rainbow public transport seat design hasn’t achieved icon status, it’s at least notorious. Featuring random blobs, intersecting lines, a wi-fi icon thing and what looks like a child’s drawing of a flower, the design has been the subject of affectionate piss-taking for years.

“To me personally they can be quite garish and unsettling … [but] I can see the love for it,” says Dean Butler, creative lead of the customer service division at Public Transport Victoria (PTV). Along with his colleague Michael Bodjowski, Butler has co-designed the new textile pattern that’s currently being rolled out on Melbourne’s ageing Comeng trains.

“I completely empathise with designers out there who are trying to make sure the fabric stands up to the rigours of public transport use every day. Wear and tear, dirt, graffiti,” says Butler. “Often those designs throw everything at the pattern and make sure there are all colours of the rainbow, but we were hoping to get a bit more of an aesthetic balance there.”

Butler is aiming for something far more subdued. The triangular pattern seen on the outside of newer PTV vehicles was taken as a starting point for the textile design, which uses a geometric pattern of overlaid triangles in five monochrome colour schemes – purple for V/Line trains, blue for Metro trains, green for trams and a still-in-development colour for buses.

“Those triangle shapes are perfect. It’s already a design that’s got energy to it, dynamic elements we can play with,” says Butler. But most of all, he’s excited by the priority seats that are denoted in bright orange.

“I can see so many people get on and get their headphones on and heads down. They’re sitting in priority seats and don’t even look up,” says Butler. “I spent a lot of time working with organisations really understanding how hard it is for certain members of the public and the community to make their way around public transport.

“I can’t wait to see that orange priority seat fabric standing out and those colours helping make life easy for people as they’re travelling.”

So if you happened to buy an ironic T-shirt printed with the old design, your PTV gag will soon be out-of-date. But at least now no one is going to accidentally sit on you – for the time being, anyway.

“I love the passion that’s out there. I get it, I appreciate it,” says Butler. “If I walked down the street and I saw someone with one of these designs on a T-shirt, I’d love it.”