After Five Years and an $88.1 Million Redevelopment, State Library Victoria Will Soon Reopen

You’ll be able to see details that have been hidden for more than 50 years. On December 5, the iconic State Library Victoria in Melbourne’s CBD will reopen its doors following the completion of a five-year redevelopment that cost $88.1 million. Soon you’ll be able to see details that have been hidden for more than 50 years.

“When you go in there … you see people of all ages, all walks of life,” says Ruth Wilson, the project’s principal architect and director at design studio Architectus. “[There are] international students shoulder-to-shoulder with local students; retired people who [research] their genealogy and family as a full-time job; homeless people [and] people of different intellectual capacities. That is the function of a public institution: to be welcoming to all.”

The redevelopment has transformed the library’s public spaces and facilities, and added new programs to meet the community’s changing needs. Wilson says the most significant redevelopment is the Ian Potter Queens Hall, a space that’s been closed to the public for 15 years. The hall, an original feature of the 1856 library, and has been fully refurbished and reimagined as a reading room and function space. An ornate skylight that’s been out of service since the 1960s has been re-glazed, allowing natural light to flood the long, capacious space during the day.

The library complex comprises 23 separate buildings, so the team tried to create a continuous and cohesive visitor journey throughout the entire space, which now has 40 per cent more floor space and 70 per cent more seating.

“It’s such a beautiful sequence of spaces: quiet, active, cosy, grand. You can find any kind of space and have a special time at the library,” says Wilson, who worked closely on the project with Heritage Victoria, Andronas Conservation Architecture and Danish architecture firm Schmidt Hammer Lassen.

Together, the collaborators came up with a concept for the remaining heritage rooms: to “reveal history, not replicate it”. In the Queens Hall, walls have been delicately stripped back to reveal the original decorative paint scheme rather than add a new layer. Some parts might look unfinished, but that’s all part of the designers’ intent.

The redevelopment of the flooring was no small feat either. “In Queens Hall, the floor was like waves,” Wilson says. The undulating and sloping boards had to be entirely removed and replaced. And at the Russell Street entrance, a corner of vinyl flooring was peeled back to reveal 100-year-old jarrah herringbone parquetry, which has since been refurbished.

The library’s most iconic feature – the domed La Trobe Reading Room – will remain the same, but an original marble stairway has been re-opened, giving visitors access to its upper levels.

There are four new quarters in the library. The Ideas Quarter is a dedicated co-working space for early-stage start-ups and small businesses; the Conversation Quarter is a state-of-the-art public forum for lectures, conferences and workshops (with the capacity to live stream to other libraries and public facilities around Australia); the Create Quarter has spaces for group work and school programs, with a calendar of pop-up talks and events; and the Pauline Gandel Children’s Quarter is a two-storey structure kids can climb in, on or around.

The state library is one of the busiest libraries in Australia, and welcomes two million people through its doors every year. When it was established in 1854, free libraries were uncommon. “The library had previously been associated with universities, private homes or gentlemen’s clubs – it was very much for the elite,” explains Wilson. “So to found this major building as a free library was really showing the basis of egalitarian thinking.” 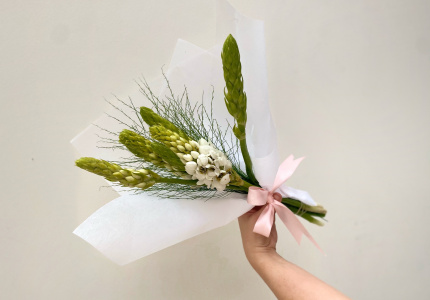 In Very Wholesome News, a Melbourne Florist Is Giving Away 100 Free Bunches of Flowers This Weekend 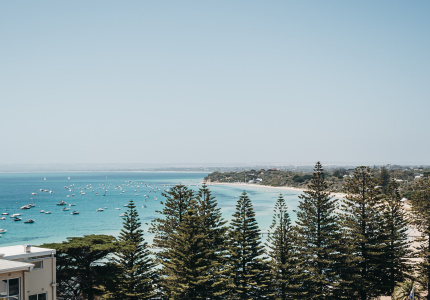 Confused About Where You Can Travel When Lockdown Ends? Here’s Some Clarification 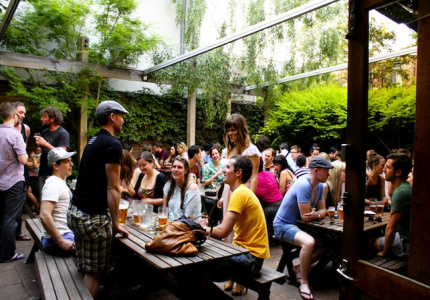 We Did It: 70 Per Cent of Victorians Are Now Officially Fully Vaccinated