Renowned New York and Australian firms will collaborate on the project. 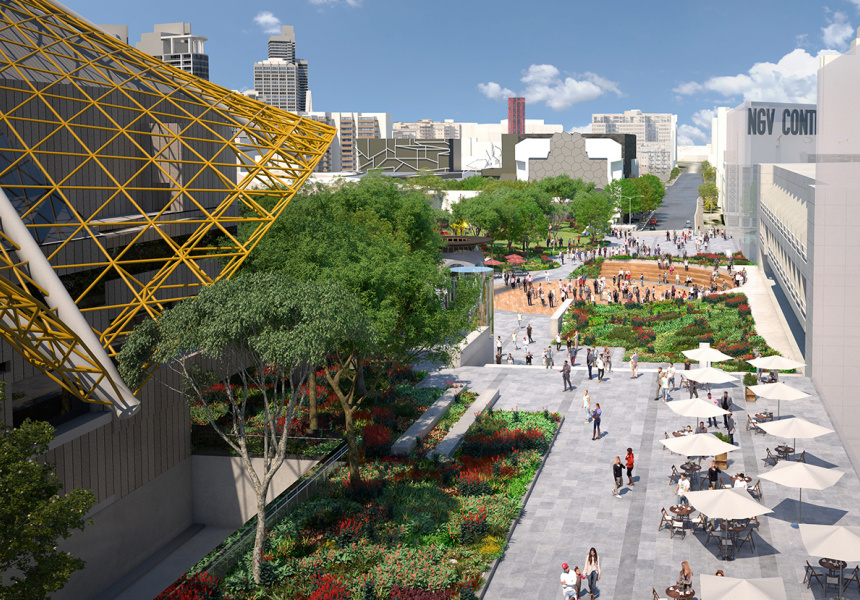 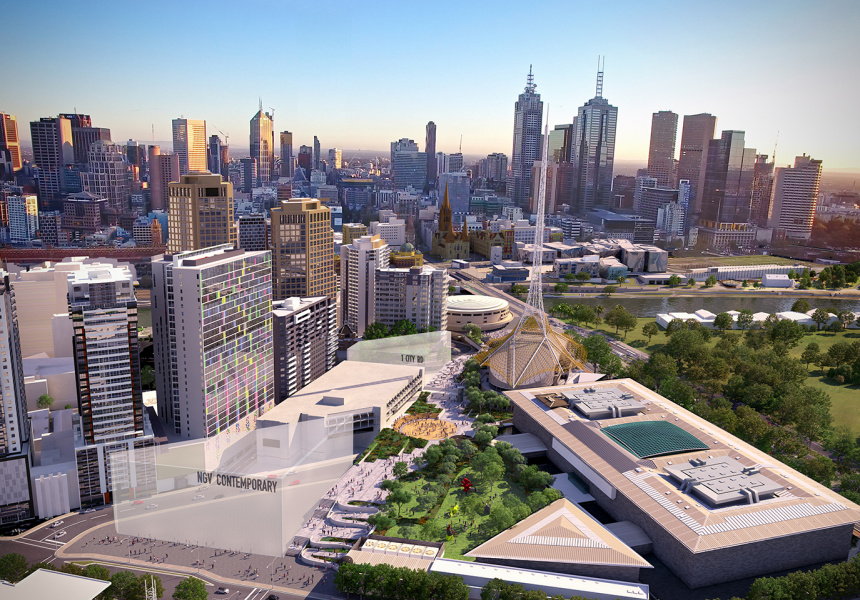 In June last year the Victorian Government pledged $208 million of funding towards a new public arts precinct, which will link an updated Arts Centre and the planned NGV Contemporary with the many surrounding arts-focused institutions in Southbank, including galleries and theatres.

Today it was announced that the Melbourne Arts Precinct design will be handled collaboratively between Hassell Studio – which began in South Australia and now has offices in Australia, China, Singapore, England and the US – and New York-based firm Solid Objects Idenburg Liu (SO – IL).

“This is a rare opportunity to help shape how Melburnians and millions of visitors from across the globe experience the cultural offering within the Melbourne Arts Precinct, and enable them to connect with nature as they experience this part of the city on a day-to-day basis,” said project directors Ben Duckworth (Hassell) and Jing Liu (SO–IL) in a statement.

SO – IL has designed cultural institutions including the Jan Shrem and Maria Manetti Shrem Museum of Art at the University of California at Davis, as well as Kukje Gallery in Seoul and the affiliated Tina Kim Gallery in New York. The studio is also developing new public space on the Seine in Paris that includes a new pedestrian waterfront park.

Hassell – which designed the newly opened Di Stasio Città – has worked on cultural institutions including the New Museum for Western Australia (set to open in 2020) and the $38.5 million redevelopment of the Geelong Performing Arts Centre (currently under construction).

“We will explore our deep and meaningful connection to nature by immersing the cultural precinct in dynamic and ever-changing gardens, creating a contemporary civic space that is a destination and attraction in its own right,” said Jon Hazelwood, Hassell’s design director for public realm.

The two firms will also work with prominent horticulturalists Nigel Dunnett and James Hitchmough, who were responsible for planting at London’s revitalised Barbican Centre and the 2012 Olympics precinct. The pair will plant seasonal garden beds on Sturt Street that will run between the Yarra and Southbank.

The project will create 18,000 square metres of new and renewed public space. Renders for the space include an elevated park and small amphitheatre.

“This project will reshape Melbourne’s cultural and creative precinct, bringing more people than ever into a fantastic new public space and improving access to everything that the Arts Centre and the NGV have to offer,” said Minister for Creative Industries Martin Foley in a statement.

The state government predicts the project will create 10,000 jobs during construction, and 260 ongoing jobs. The precinct is expected to draw an additional 3 million people to the area annually.