One of Melbourne’s Oldest Pubs to be Demolished

The Great Western Hotel on King Street has been serving drinks since the gold rush. The Great Western Hotel opened in 1864. It’s been serving Melburnians on King Street ever since, and now a developer has plans to demolish it to build a 26-storey apartment tower, the Age reported.

If it goes ahead, it’s not clear when the proposed demolition will take place.

It may not be Melbourne’s prettiest pub, but that doesn’t matter – it’s one of our oldest. And the Melbourne Heritage Action group argues there is great historic value in it.

“Despite being ‘c’ graded in previous heritage studies, like many historic buildings in the CBD, it has never received formal protection,” the group says.

It has sent a letter to the City of Melbourne urging officials to change the pub’s protection status, arguing it has barely been altered since 1864, and has a number of important architectural features typical of the 1850s and ’60s.

The group says that if the Great Western is demolished “there will only be about eight actually traditional pubs left in the CBD, down from 15 a couple of decades ago”.

Another gold-rush-era pub, The Duke of Kent Hotel on La Trobe Street, will also be demolished to make way for apartments.

And who can forget the 159-year-old Corkman Irish Pub in Carlton, which was illegally bulldozed last year. This led to so much widespread outrage the developers agreed to rebuild it.

The Great Western “was a pub where there were no airs and graces," patron Steve Butcher told the the Age. "It didn't sell pints of international beer for $18. Those that wanted to have a bet could have a bet, and you could have a smoke in the beer garden.

"It was very old fashioned and simple."

To help save the Great Western, and other old historic buildings around Melbourne, visit Melbourne Heritage Action. 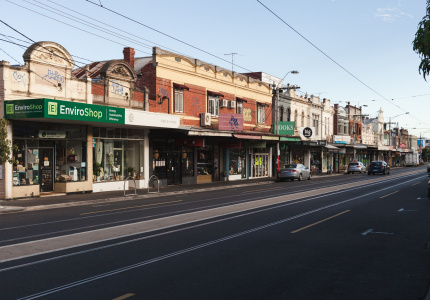