It’s just been given the go-ahead by the City of Melbourne. Part of a $500-million project, Seafarers Rest Park will greenify the Northbank precinct and better connect it to the rest of the CBD. 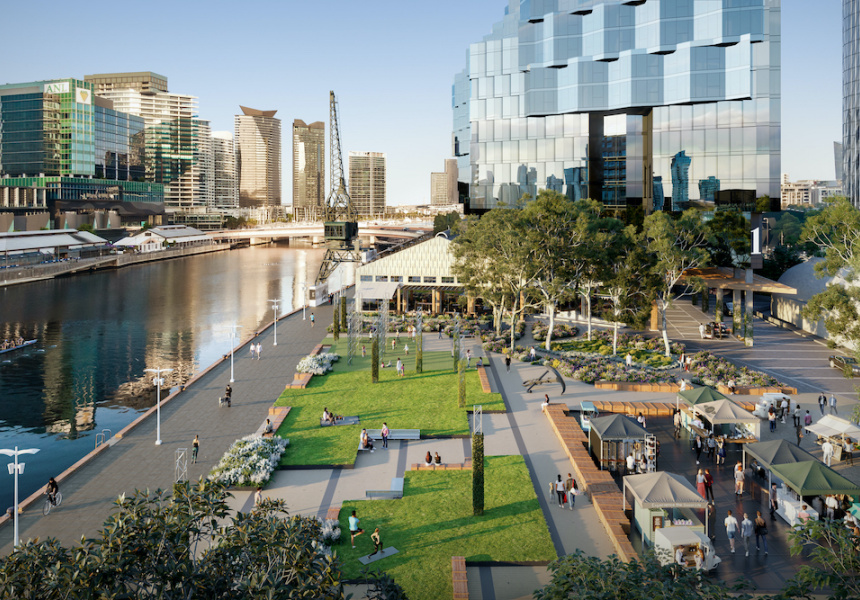 A render of Seafarers Rest Park

The City of Melbourne has green-lit plans for a new public park by the Yarra River (Birrarung).

The 3500-square-metre Seafarers Rest Park will greenify the Northbank precinct and better connect it to the rest of the CBD (plus Batman and Enterprize Park, and Birrarung Marr). Lord Mayor Sally Capp said in a statement: “[It] will be a valuable link into Docklands, increasing public open space while providing access to our maritime district”.

It’s part of a plan to renew the space next to the historic Mission to Seafarers building on Flinders Street. The heritage-listed building was completed in 1919, and the park’s design will pay homage to its maritime history (with features such as rope swings and crates). Updated after community consultation, the plan includes lawns overlooking the river, an “urban forest”, children’s play areas and events spaces.

Private property developer Riverlee is behind Seafarers Rest Park, which is one part of a $500-million project that also includes a mixed-use development with luxury residential housing and Australia’s first 1 Hotel.

Seafarers Rest Park is slated for completion in early 2024.