In the middle of the Yarra, the five wetlands will help return the river to a more natural state. 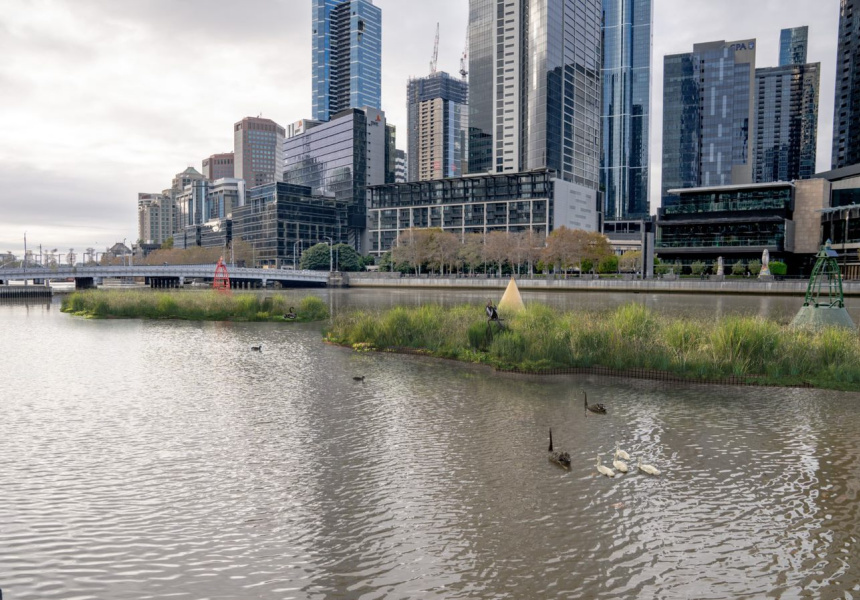 A render of the wetlands

Photography: Courtesy of City of Melbourne
by Tomas Telegramma
Share

Five floating wetlands are set to take over the middle of the Yarra River (Birrarung) – over the coming year – as part of a proposed $40 million council investment.

They’ll greenify a nearly 600-metre stretch of river just off the Northbank precinct to help return the river to a more natural state.

It’s part of the City of Melbourne’s draft 2022–23 budget, set to be delivered today, which also includes a further $140 million investment in the Greenline project over the next four years.

It’ll be “one of the largest networks of green spaces in Melbourne”, said Lord Mayor Sally Capp in a statement, “with a six-metre-wide promenade roughly the width of two traffic lanes”.

The first milestone, an upgrade of Enterprize Park, was completed last month. At the new-look park, there’s an extra 1000 square metres of lush green lawn – almost as big as an Olympic swimming pool – with better views and access along the river.