“Melbhenge” Is Returning This Weekend

See the sun set right between the skyscrapers in the CBD. For two days starting on Sunday, November 3, Melburnians will be treated to the “Melbhenge” phenomenon. It happens twice a year when the sun sets at a specific position within the Hoddle Grid, dipping below the horizon right in the middle of the CBD office towers on Lonsdale, Bourke and Collins Streets.

"Viewers see a “mile-long corridor of concrete silhouetting the setting sun”, Doctor Alan Duffy, an astronomer at Swinburne University, told Broadsheet in 2017. “It frames it perfectly.”

Melbhenge gets its name from Stonehenge, the prehistoric monument in England that experiences similar moments during the year when the sun sets squarely between the huge rocks.

“They did it for religious reasons, we think,” said Duffy. “We of course have [the Hoddle Grid] for efficient time planning reasons, but that doesn’t mean we can’t enjoy it.”

Melbhenge also happens twice a year at sunrise but, due to Melbourne’s geography, those events are less spectacular, making “sunset the one to go for”.

Similar events occur in any city in the world with a basic east-west grid structure, although Melbhenge and Manhattanhenge in New York are the most notable.

“In New York they have grid structures running for many miles,” Duffy explained. “That’s really, I think, the best one in the world, but I like to think that Melbourne [looks] pretty good.”

The sunset is best viewed standing as far east as you can get, looking west. “So you get as much of the mile-long corridor of the Hoddle Grid as possible," said Duffy.

This makes Spring Street a popular location, but finding the best spot for viewing is difficult – astronomers can easily determine a sunset’s location, what’s harder is finding the optimal viewpoint.

Duffy wants more of us to share Melbhenge experiences online so his team can assemble the photos according to mapped locations and recommend where to watch next time.

Official sunset times are at 7.56pm on Sunday, November 3 and 7.57pm on Monday, November 4. Head to Spring Street a bit earlier on to nab a prime viewing spot.

This article was first published on February 8, 2017. 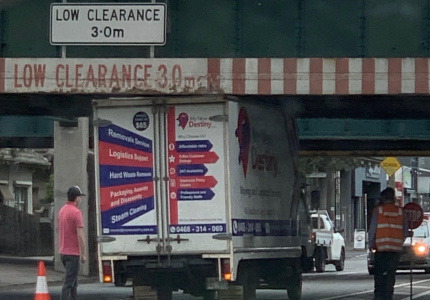 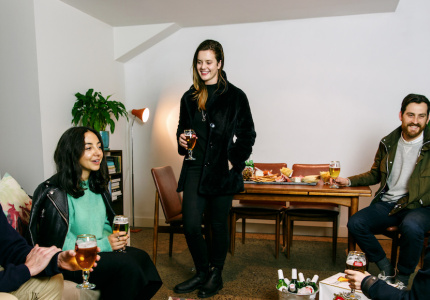 Melbourne, You Can Finally Have People Over to Your House From Midnight Tonight

Melbourne, You Can Finally Have People Over to Your House From Midnight Tonight