Plans for the $800 million project have been submitted to the state government. If they’re approved, building could start in early 2021. 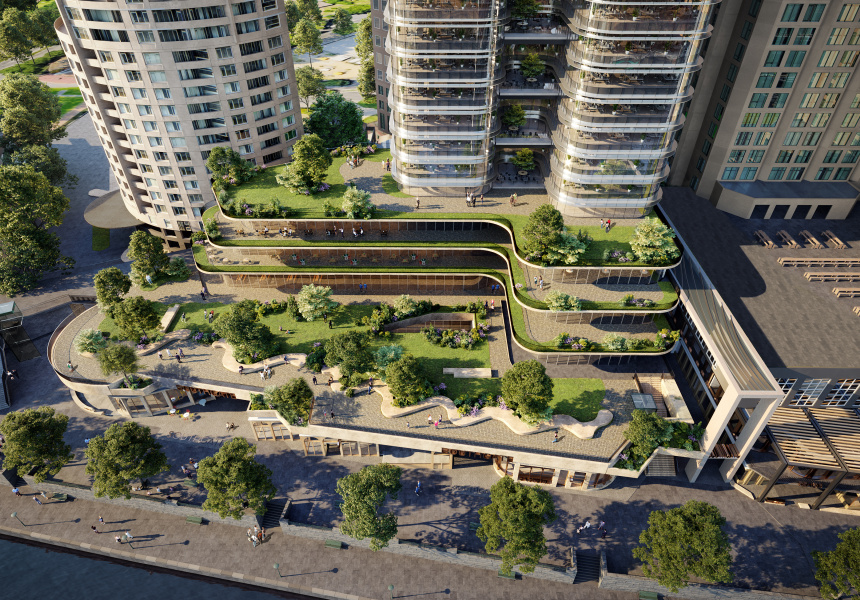 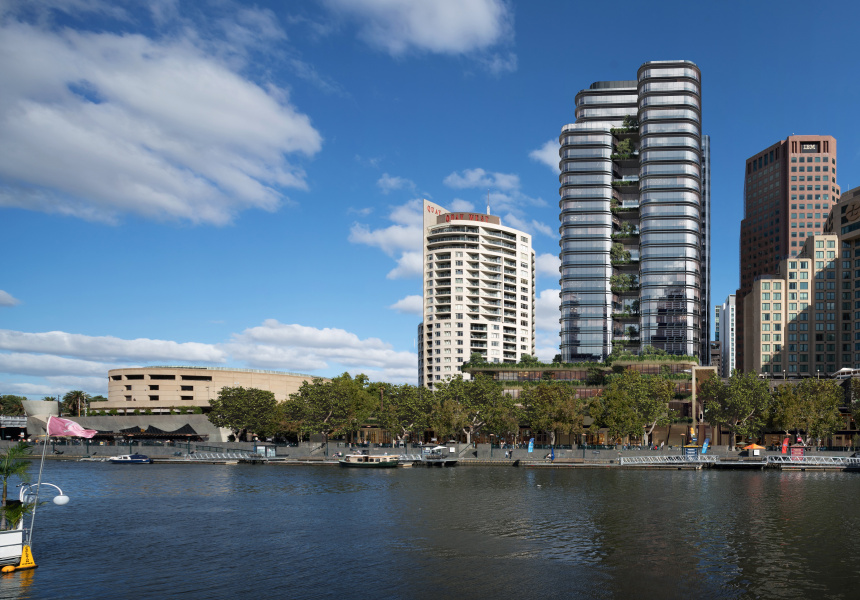 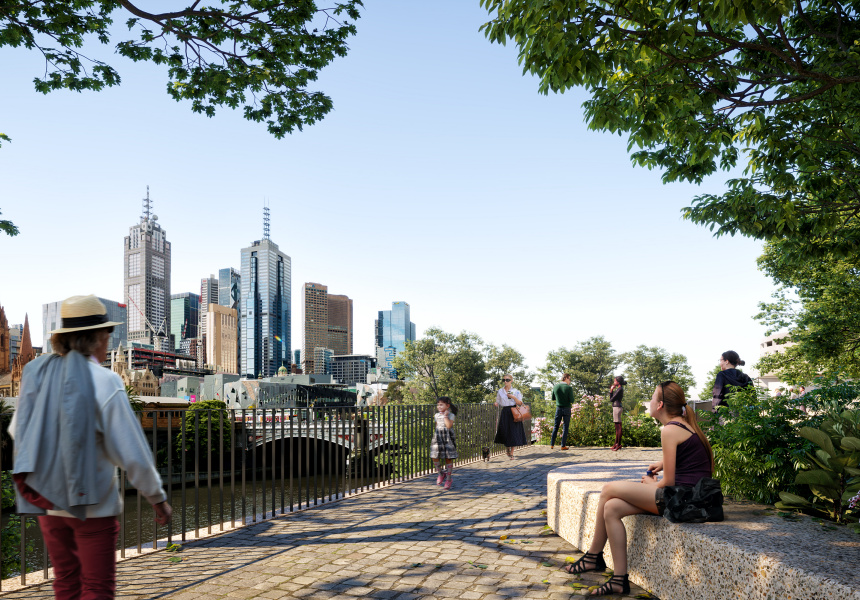 The Victorian government is considering plans for a multimillion dollar revamp of Melbourne’s tired Southgate shopping centre, which would add a new 21-storey tower and more than 4000 square metres of public parks and spaces overlooking the Yarra.

Melbourne-based architects Fender Katsalidis – the firm behind nearby Buxton Contemporary gallery and Hobart’s Mona – designed the new office tower and surrounds for the two-hectare Southbank site, adjacent to the Arts Centre and opposite Flinders Street Station.

The existing riverside shopping centre was built in 1992. Developers hope to add new stores, casual and formal dining options, and bars to cater to the tourists and theatregoers that have typically flocked there.

There are also plans for a food hall, event and exhibition spaces, a supermarket, a pharmacy, a newsagent, a hairdresser and more.

The proposal includes a north-facing 2000-square-metre elevated park, as well as open spaces and public promenades that would give pedestrians better access to the area and further integrate it with the established arts precinct on St Kilda Road.

A development application for the project, which is estimated at $800 million, has been lodged with Department of Environment, Land, Water and Planning by ARA Australia, the local branch of Singapore-based ARA Asset Management, which owns Southgate.

If the application is successful, construction could start in early 2021, with the new retail precinct to be completed by the end of 2023. The office tower would likely be finished in mid-2024.

“We want Southgate to become synonymous with celebration – a place that people love working and playing in, and want to return to time and again,” ARA Australia’s head of asset management Rohan Neville said in a statement.